No points at the Norisring 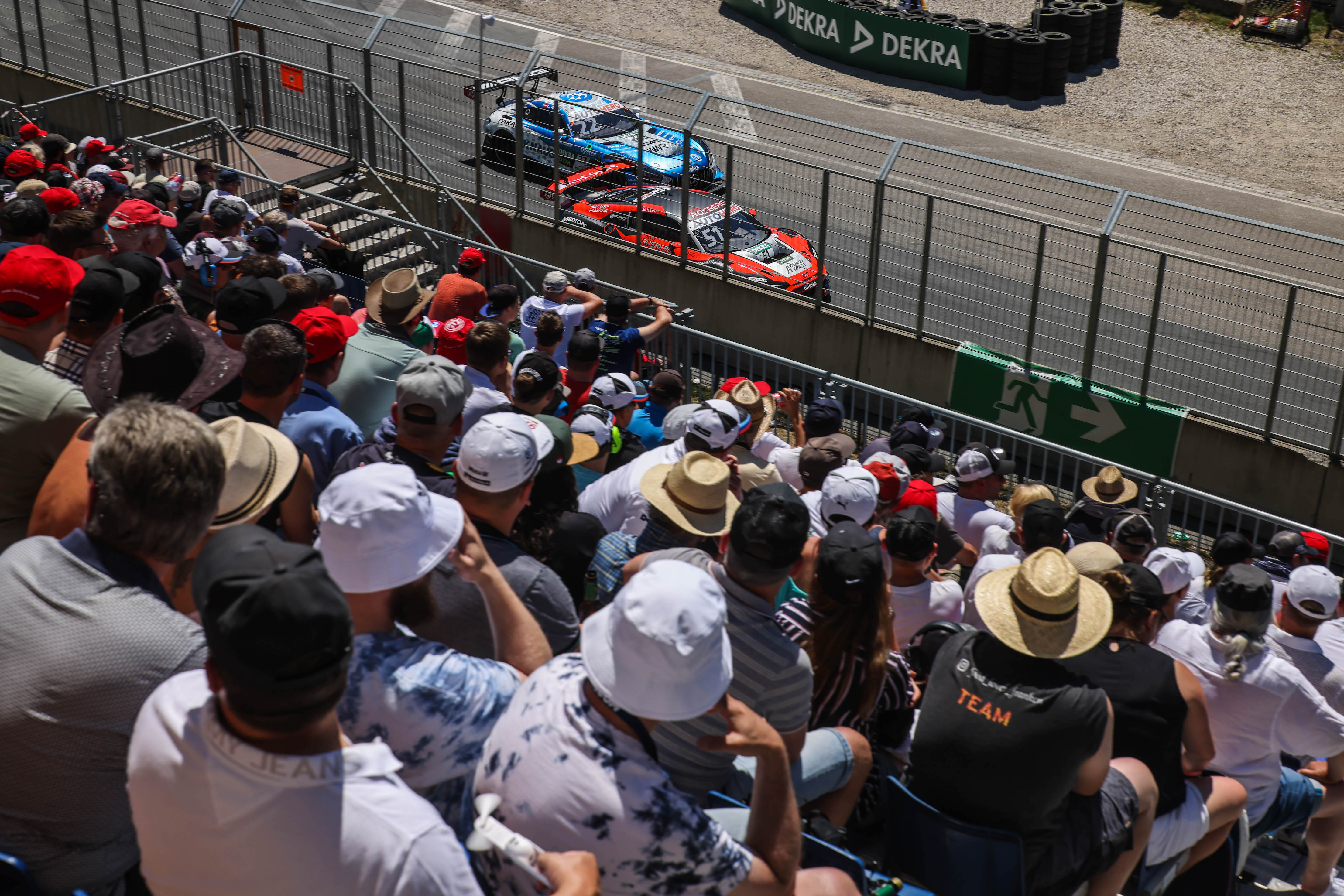 03 Jul No points at the Norisring

Posted at 20:47h in DTM, Uncategorized by Rosberg

After yesterday’s DTM race with many collisions and safety car periods, today’s eighth round of the season at the Norisring in Nuremberg was much quieter. Nevertheless, there was not much to be gained for Nico Müller and Dev Gore from Team Rosberg. The Swiss Müller was able to work his way up from 15th place on the grid to twelfth place and was close to Philipp Eng in front of him for several laps, yet without any success of passing him. His American teammate Gore started from 22nd place but was unable to bring the four positions he had won on the first lap to the finish line and ended 19th. Müller goes into the summer break fourth in the DTM drivers’ standing, Gore is currently 17th in the ranking. In the teams’ classification, Team Rosberg is in fourth place.

Nico Müller: “The entire weekend was not really what we had hoped for. Today, I was right behind Philipp Eng in the BMW for a long time, but could not overtake him. I tried, but he was just too fast on the straights and I could not keep up. I had no chance against him, although I don’t think we did anything wrong. The pit stop and the strategy were good, but that was not enough against the BMW today.”

Dev Gore: “We just did not have the right pace today. My start was actually still good and I was even able to win a few positions. But after that, I lost some of them, since I could not drive any faster. Overall it was a difficult weekend for us.”

Kimmo Liimatainen (team principal): “First of all, I am glad that both cars crossed the finish line in one piece and that no further damage occurred. We had enough of that yesterday. Nevertheless, it is of course disappointing to have to go home without points. Over the next few days, we will have to analyze why we were too slow here with both cars. Nico fought till the end and at least tried to somehow get past Philipp Eng. For Dev, the start gave hope for a better position, but then all he had to do was defend himself. Now the DTM is going into the summer break, during which we will work on coming back stronger at the Nürburgring at the end of August.”