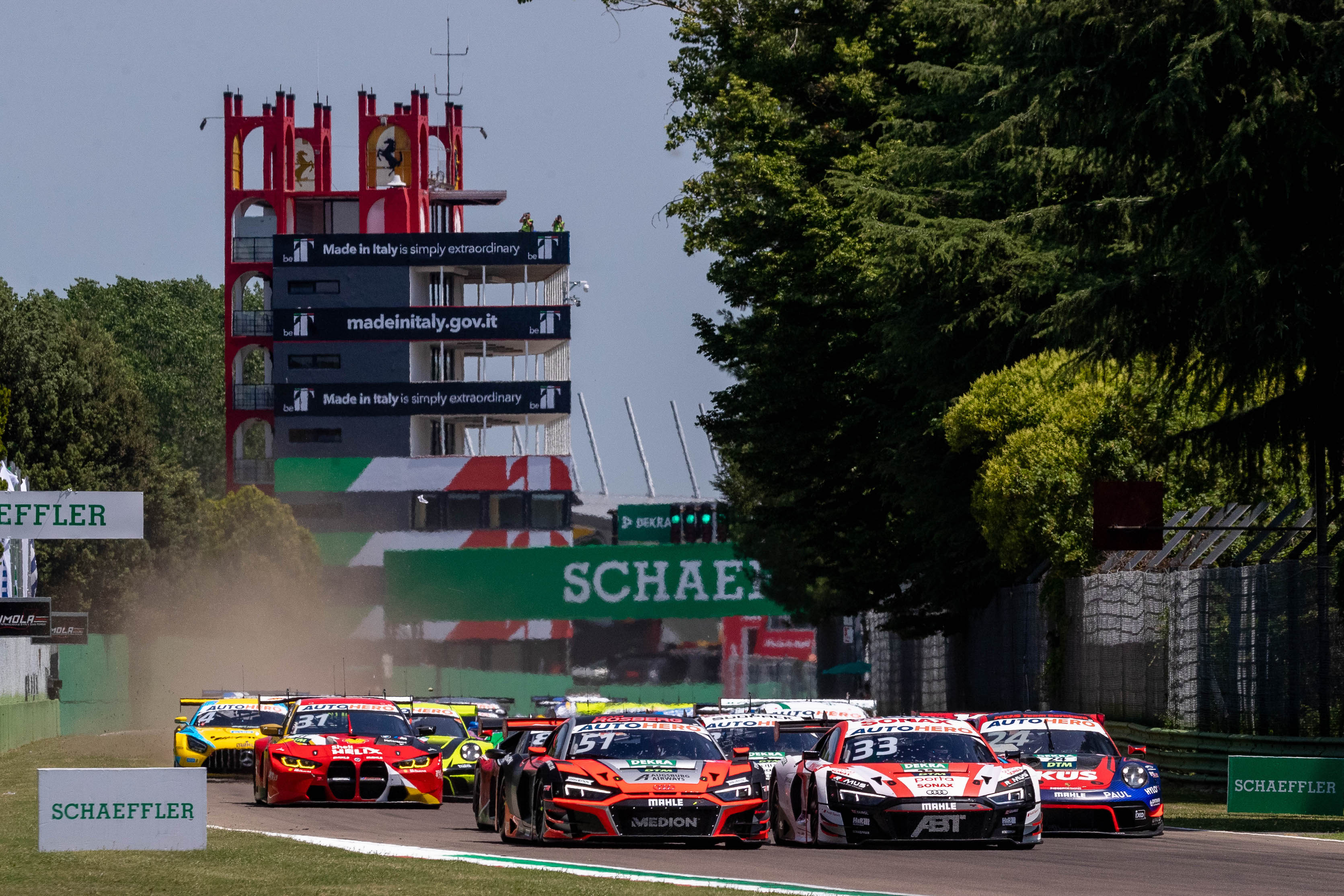 On the 4.909 kilometers long Autodromo Enzo e Dino Ferrari, Nico Müller was one of the fastest. After second place in DTM qualifying, he also had a good race in Imola, Italy, and saw the checkered flag after 33 laps in second place. For the Swiss, who drives for Team Rosberg, it was the second podium finish in the 2022 DTM season, which puts him third in the DTM driver standings. Team Rosberg is currently ranked in the same position in the DTM team classification. Müller’s American teammate Dev Gore retired during the fifth DTM race of the season after 20 laps.

Nico Müller: “Second place was the maximum today, nothing more was possible. That is why we can be happy under the sun and in the heat of Imola. The only chance I had for the lead was right at the start when I tried to take the outside line in the first corner, but René defended himself hard and fair. Then we tried everything again during the pit stop, but I remained second. However, I also got some good points for second place.”

Dev Gore: “First of all, I like the Imola circuit; it is a lot of fun to drive there. Unfortunately, I made a mistake during qualifying in the morning, which is why I only started from 26th place on the grid. This took away all of my chances of a good result in the race, what makes me feel very sorry for my team in particular. In the race, I also had problems in shifting gears and had to retire.”

Kimmo Liimatainen (team principal): “Today was a really good day for Nico. Starting from second on the grid, he tried to put pressure on René Rast in front of him on the way to and in the first corner, but René successfully defended his first place. After that, the positions at the top were more or less set. Then it was just a matter of being careful with the tyres in the hot weather, which Nico did well. Second place is a good result and brings valuable points. On the other hand, things did not go well for Dev today, he could not repeat his good performance from the day before. He had to start the race from P26 and retired with 13 laps to go.”