Team Rosberg unlucky in the Lausitz 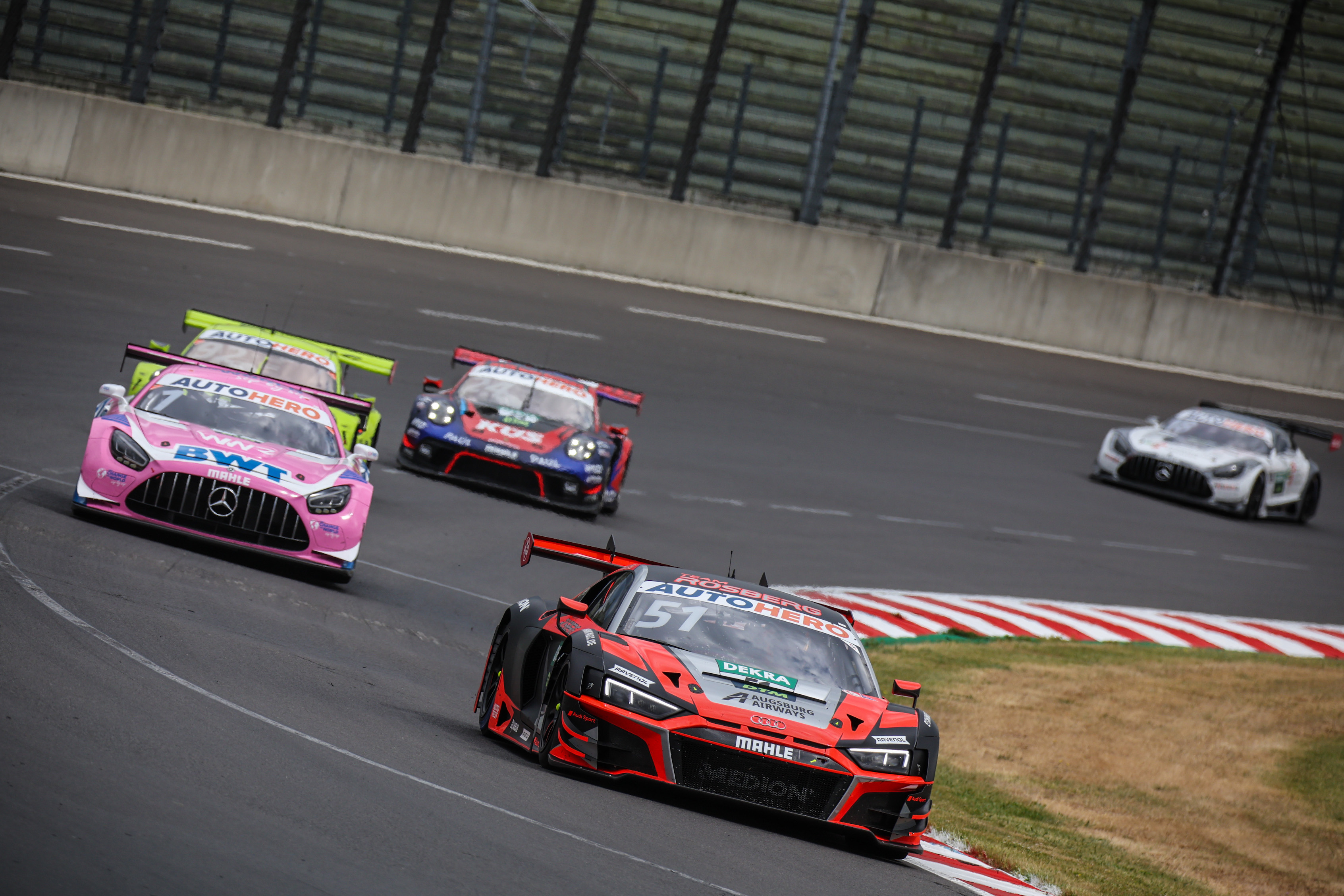 21 May Team Rosberg unlucky in the Lausitz

At the 4.601 kilometers long DEKRA Lausitzring, Team Rosberg was not able to repeat the great success they celebrated three weeks ago in Portimão. Nico Müller, who travelled to the Lausitz as second in the DTM drivers’ standings, had to retire his Audi R8 LMS before crossing the finish after various contacts. The Swiss, who was leading at this time but had not yet completed his mandatory pitstop for a tyre change, fell back to fifth place in the drivers’ standings after three DTM races in 2022. His American teammate Dev Gore put in a solid performance and finished 16th.

Nico Müller: “During the race, I had a few contacts with some other drivers, which caused vibrations on the right rear of my car. Due to safety reasons, my engineer then called me into the pits, because especially in the fast Turn 1 we did not want to risk a crash.”

Dev Gore: “I had a great start and was able to gain a few positions in the first corner. Unfortunately, I then exaggerated a bit, got off the track during the first lap and had to give up the positions I had gained before. However, I believe that P16 would have been the maximum for us today, even without my mistake. The Balance of Performance was simply not ideal for our Audi today.”

Kimmo Liimatainen (team principal): “It was actually already pretty clear to us before that this race would be a difficult one – also because Nico had to carry an additional 25 kilograms with him due to his victory in Portimão. After P1 in the first free practice, we got our hopes up for a short time, but unfortunately, qualifying did not go as we wanted. Our grid positions 14 and 23 were of course anything but perfect for the race. Besides, Nico had contact with opponents, so he retired his vehicle for safety reasons. We just did not want to risk anything in the ultra-fast first corner. Dev drove a decent and clean race under the circumstances.”