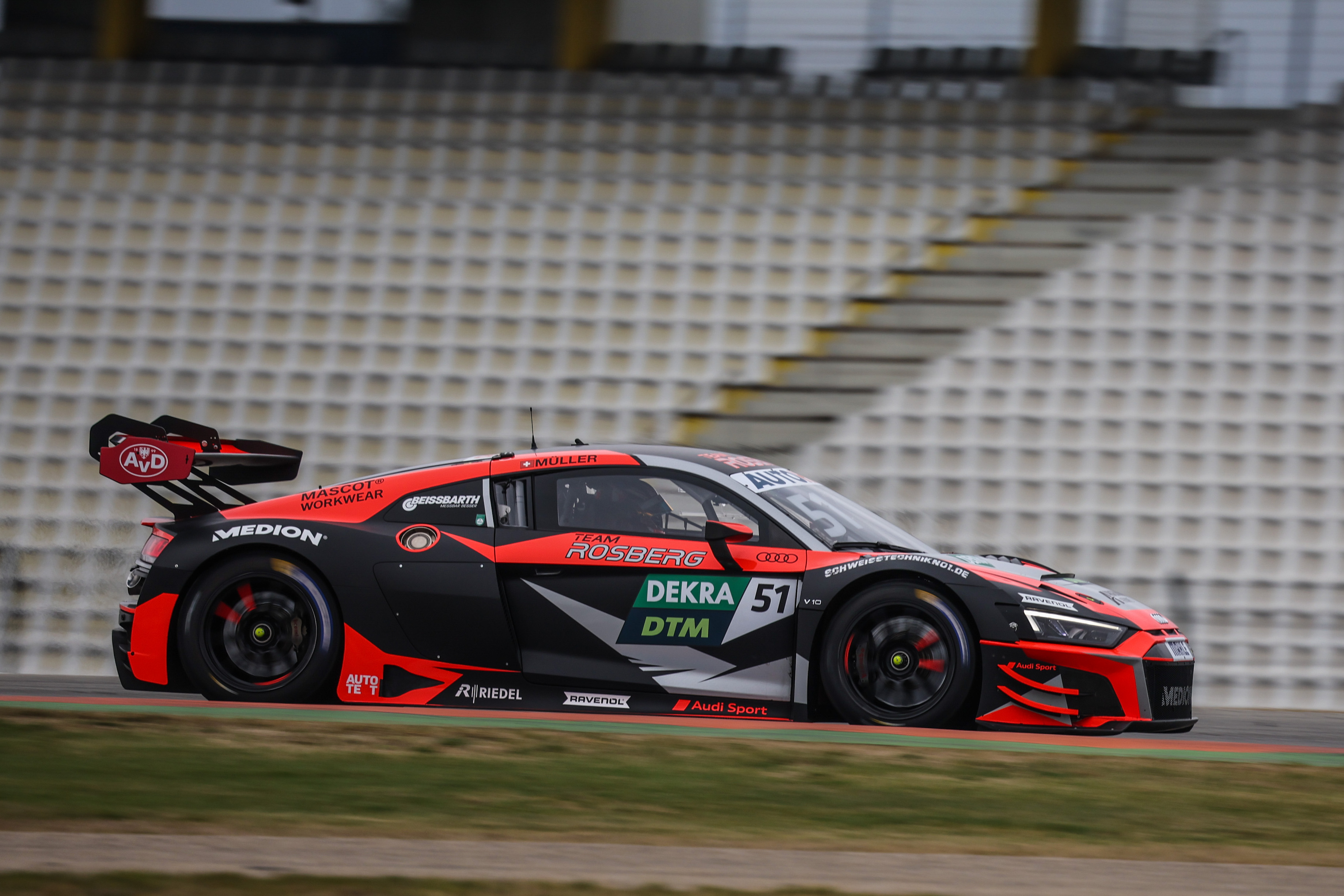 During the two official DTM test days under occasionally unstable weather conditions at the 4.574 kilometers long Hockenheimring Baden-Württemberg, Team Rosberg gained important insights in order to be well prepared for the coming season. Swiss Nico Müller finished second in the overall standings over both days and was fastest on the second afternoon. Out of 28 cars, the American Dev Gore was placed in 15th position over both days. The 2022 season starts from April 29th to May 1st in Portimão, Portugal.

Nico Müller: “These were only test days, which means that nobody entirely revealed their cards. However, it is of course nice to end the second afternoon in first place and the entire test in second instead of ending up in one of the lower positions. I also have a good feeling that the development we made over the winter went in the right direction – but we still have some work to do.”

Dev Gore: “All in all it was a good test for us. The lap times are not particularly meaningful, but I think we have developed further compared to last year and made a step forward. And it was wonderful to see the other DTM teams and drivers again for the first time since the winter.”

Kimmo Liimatainen (Team Principal): “Of course, it’s a nice feeling to finish the test in one of the top places, but you don’t get any points for it. In any case, it is positive that we managed to get through the two test days without problems, although the weather was not ideal, especially during the first day. And in addition to working on the car set-up, we were also able to practice our pit stops. Overall, I am optimistic about the season kick-off in Portimão.”