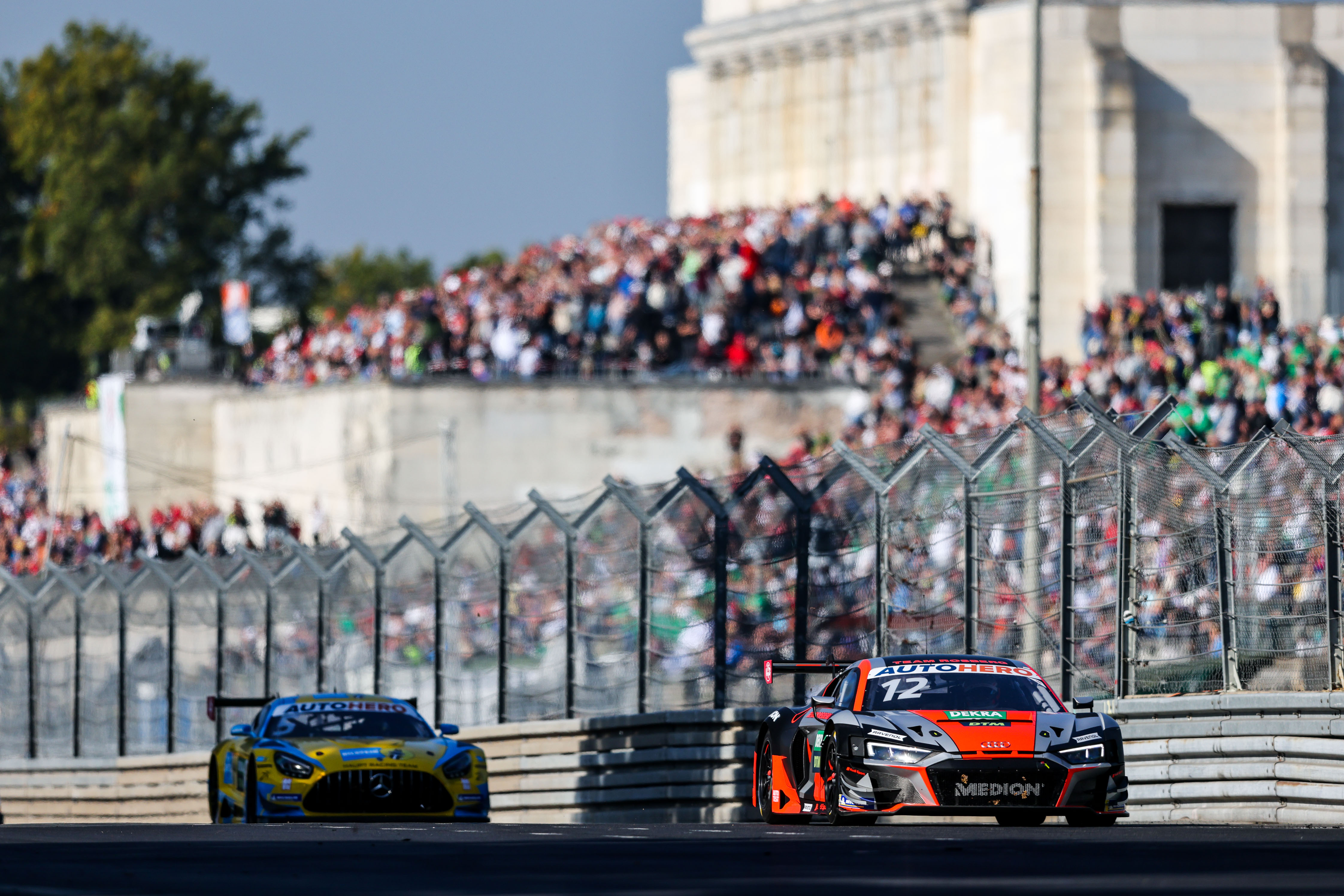 On the 2.3 kilometers long Norisring, Nico Müller and Dev Gore, the two drivers from Team Rosberg, experienced different races. The Swiss Müller lost ground in the first lap of the 15th and penultimate race of the DTM season, but then proved his skills with the fastest lap of the race and finished on 8th place. The American Gore lost positions after problems during the pit stop and later was unable to regain them. In sunny autumn weather on the Nuremberg street circuit he finally was ranked 16th.

Nico Müller: “During lap one, there was a little traffic jam in the first hairpin directly in front of me. Later, in turn four, someone drove into my car. After that, the left rear corner of my Audi was damaged. Something like that happens when you start the race from the middle of the grid. Anyways, my speed throughout the race was quite good, which makes me happy. But unfortunately overtaking is almost impossible at the Norisring, so in the end, I was left with P8.”

Dev Gore: “Shortly before the usual flying start, I couldn’t keep up with the rest of the field; the same happened to some of the drivers in front of me. Still, from my point of view, the race started well and I was able to overtake a few rivals. Later on, an opponent touched me, so my car was damaged at the front. Nevertheless, it went fine until the pit stop. But when I wanted to start again after changing my tyres, my engine stalled and I lost a lot of positions. If you are one lap behind, you get a lot of blue flags, which require you to let overtake those drivers, who are one lap ahead of you. In addition to that, I had no slipstream on the straights, which is why I was falling behind more and more.”

Kimmo Liimatainen (Team Principal): “The race was like so many others this season: In qualifying, we weren’t as far ahead as we had hoped for, but the performance in the race was good. Today, Nico was really quick during the race, which is proved by his fastest lap. However, unfortunately, it’s extremely difficult to overtake at the Norisring, if the driver in front of you doesn’t make any mistake. Dev was strong again in the early stages of the race, but he couldn’t keep up that pace until the end.”