No luck for Team Rosberg in Hockenheim 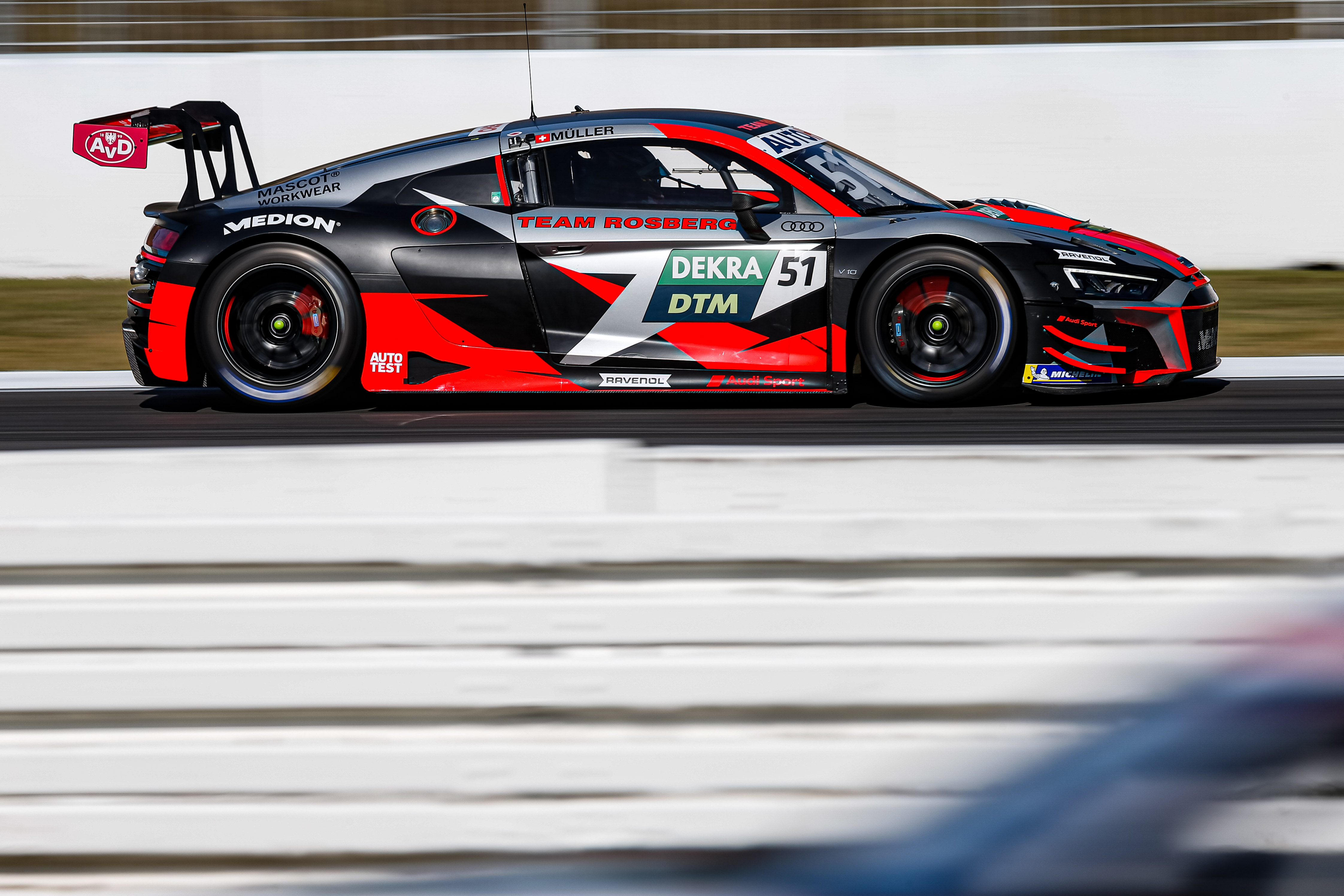 03 Oct No luck for Team Rosberg in Hockenheim

In the 14th race of the DTM season at the 4.574 kilometers long Hockenheimring Baden-Württemberg, Team Rosberg was once again unlucky. Swiss driver Nico Müller showed a good performance, but an early tyre damage threw him far back. At the home race of his team, which is based in Neustadt an der Weinstrasse, he crossed the finish line in 12th place. His American team mate Dev Gore could not hold his position after a great start and finished the race after 34 laps in 17th place.

Nico Müller: “What can I say, I wasn’t lucky today. In turn two, right at the beginning of a lap, my tyre began to lose air. In turn eight, it was completely out of air. I don’t know what exactly caused the early puncture; but if you lose so much time on the way to the pits because you have to drive almost a whole lap with a destroyed tyre, you normally have no chance of bringing home a good result. Today, my pace during the race was quite good and without the bad luck I could have gotten a nice result.”

Dev Gore: “My car is actually good, I’m happy with the set-up and the balance. But I have the feeling that my engine is not perfect. In the slipstream, I was able to follow my rivals closely, but as soon as there was no slipstream anymore, it became difficult. Then I simply had no chance.”

Kimmo Liimatainen (Team Principal): “Unfortunately, our qualifying this morning didn’t go as expected – it somehow remains our weak point this season, which we have to work on for the future. Despite starting from P13, Nico was doing very well during the race, but a puncture took away his chance of a better result. I believe, he could have scored well, maybe even a podium would have been possible today. Dev had a very good start and was able to gain a few positions. However, throughout the race, his pace was not what we hoped for. We now have to analyze why it was like this.”