Bad luck at the home race 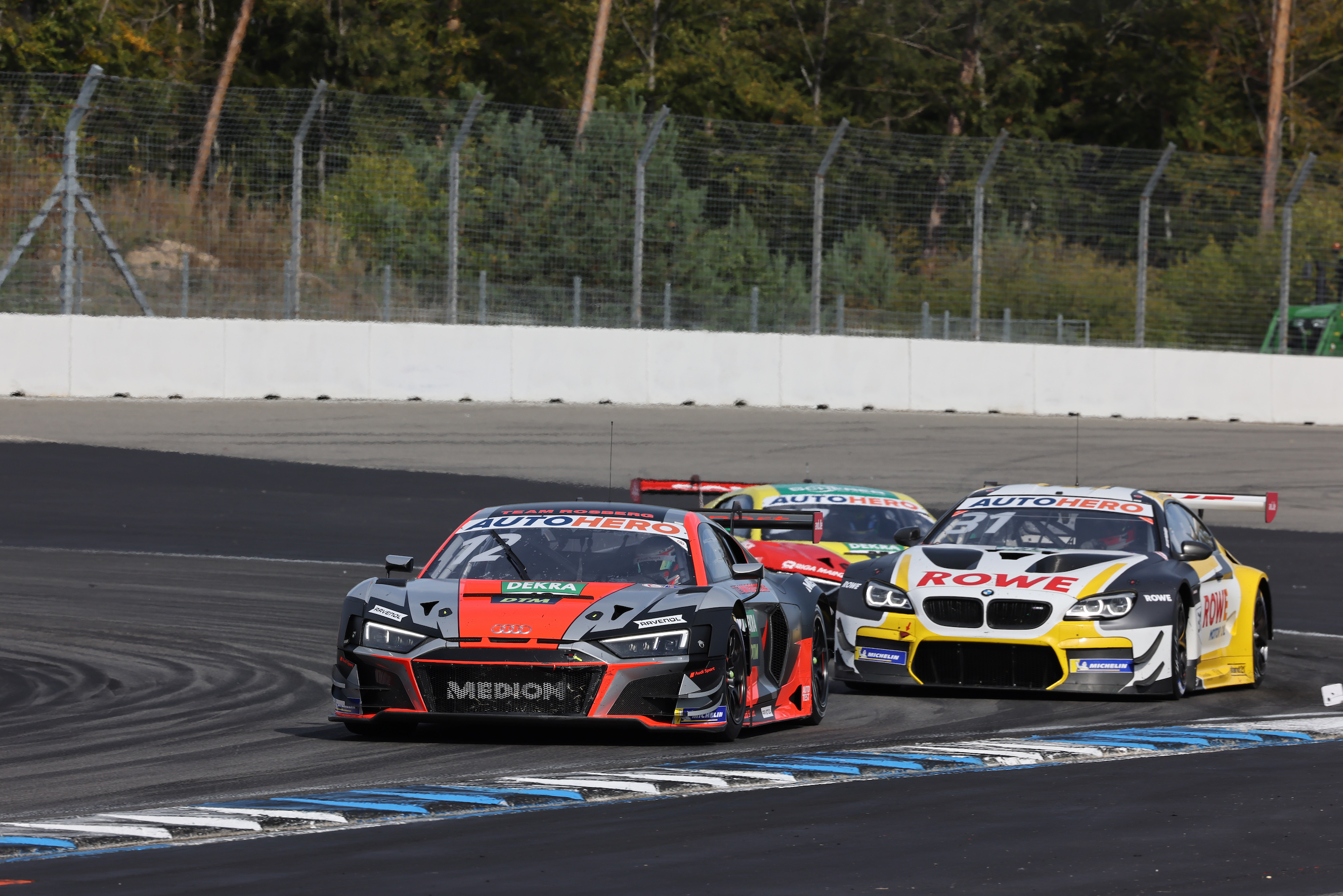 At the 4.574 kilometers long Hockenheimring Baden-Württemberg Team Rosberg from Neustadt an der Weinstrasse completed its DTM home race, which was marked by bad luck. Nico Müller was innocently involved in two incidents during the first lap and dropped down in the ranking. Later he spun after a collision and with only nine laps to go he had to retire due to a broken drive shaft; the Swiss driver was ranked 17th. The American Dev Gore, like his team mate, was touched by some rivals during the race but brought his damaged Audi R8 to the finish line in 16th place.

Nico Müller: “I’ve had a great start, but Arjun Maini drove into my car in the first corner. In the hairpin, he caused a crash with some cars in which the car behind me pushed me into the one in front of me. That’s why, after half of a lap, I almost fell back to the end of the field. Additionally, I was hit at the restart after the safety car. After that, I was able to fight my way forward, until I collided with Timo Glock and spun. Even after that, I was able to make up some of the lost ground before I had to retire with a broken drive shaft. With a little less bad luck, a good result would certainly have been possible for us today.”

Dev Gore: “It was a crazy race because competitors were driving into my Audi from all sides. In addition to that, I’ve had a lot of tyres degradation during the race, which was perhaps also due to the damages. In the end, I just tried to carry the car to the finish line. But I couldn’t keep up with the pace of the drivers who fought for positions with me.”

Kimmo Liimatainen (Team Principal): “Today Nico was better in qualifying than in the previous weeks, while Dev’s fastest lap was unfortunately cancelled because of a track limit infringement. In the race, Nico’s chances of a good result were gone after just one lap; in the end, he retired with a broken drive shaft. Like Nico, Dev had a lot of contact with other vehicles but was able to finish the race and collect valuable kilometers. Even if today certainly didn’t go as we hoped it would at our home race, there were also positive aspects. We were able to improve in qualifying, our previous weak point. Looking at the race, only a lot of bad luck prevented us from achieving better results.”