Six points for Nico Müller after a strong race 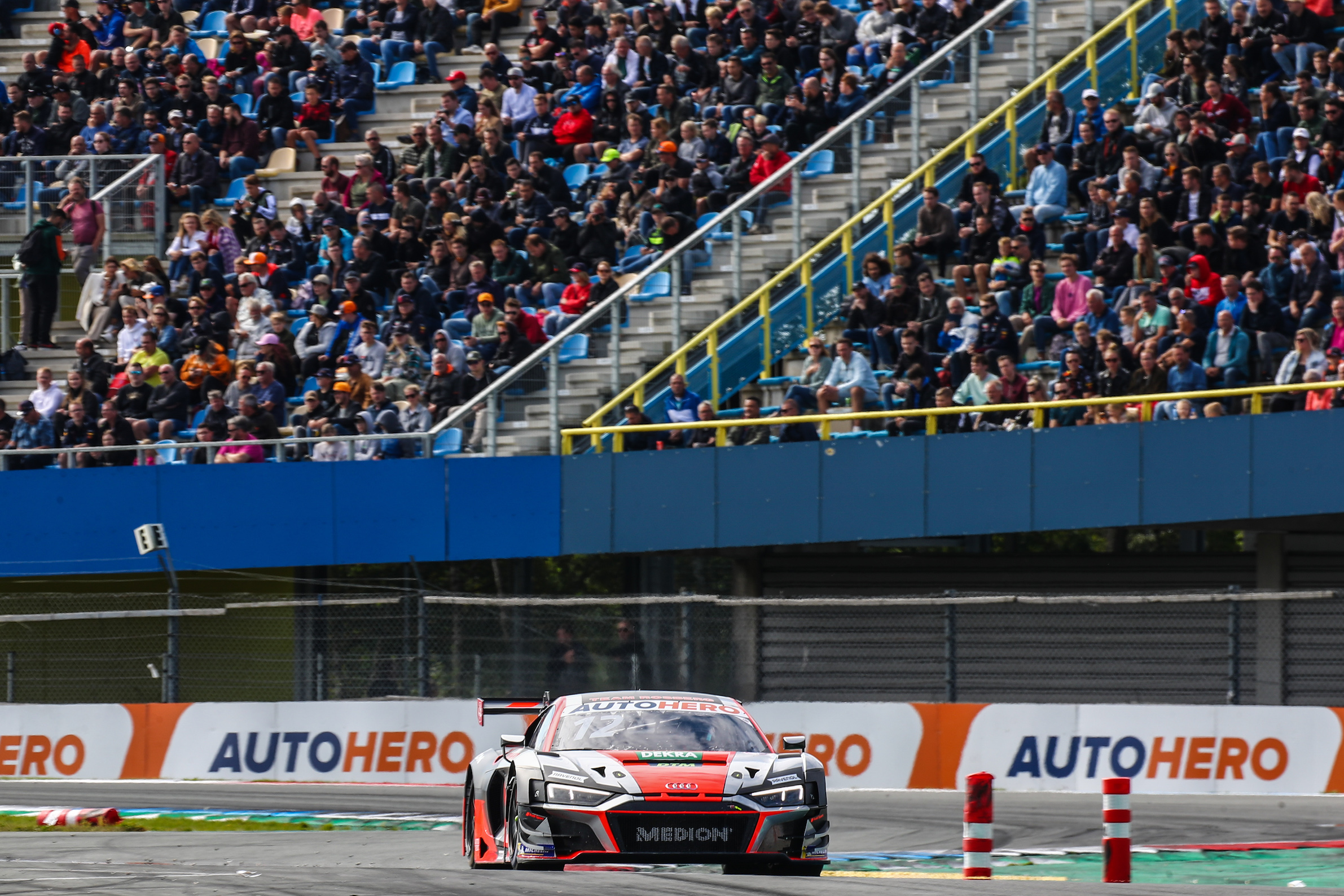 19 Sep Six points for Nico Müller after a strong race

On the 4.555 kilometers long TT Circuit in Assen in the Netherlands, Nico Müller and Dev Gore, the two DTM drivers from Team Rosberg, have already not been very lucky in qualifying. A red flag at the wrong time prevented them from reaching their full potential. In the race, Müller then worked his way up from P15 in the grid to P8, while DTM rookie Gore was 17th after 36 laps.

Nico Müller: “In qualifying, we didn’t get what we were hoping for. After yesterday’s race, we had to do a lot of repairs on my car and then it’s always challenging to go straight into the qualifying. Besides, we had a red flag at the worst possible time. Therefore, I had to start the race from P15, although Top Ten would have been possible. In the race, I moved up to P8 and got the points for P7, as one guest starter in front of me gets no points. I believe that was really all we could do today. Now we have to work on finishing better in qualifying.”

Dev Gore: “During qualifying, we had a red flag at such a bad time that I couldn’t use my new tyres. In the race, I had tyre problems after a contact with a rival, which is why we had to do the mandatory tyre change earlier. Unfortunately, I lost a lot of time shortly before the pit stop, which put me last. After that my pace was quite good again, but I could just not get close enough to the cars in front of me to attack them successfully.”

Kimmo Liimatainen (Team Principal): “Today, qualifying was clearly our weak point. It was a bit unfortunate that Nico and Dev could not use their new tyres because of a red flag. After the restart of the qualifying, each driver only had one flying lap, in which we missed our chances. With a little less bad luck, Nico and Dev could have been further ahead in qualifying. In the race, thanks to a strong performance, a good strategy and a great pit stop, Nico made it into the Top Ten. I think P8 is a decent result today, having started from P15. Dev has had a harder time, but he keeps on learning. Overall, after the weak weekend at the Red Bull Ring, we are back on the right way and now looking forward to our home race in Hockenheim in two weeks.”