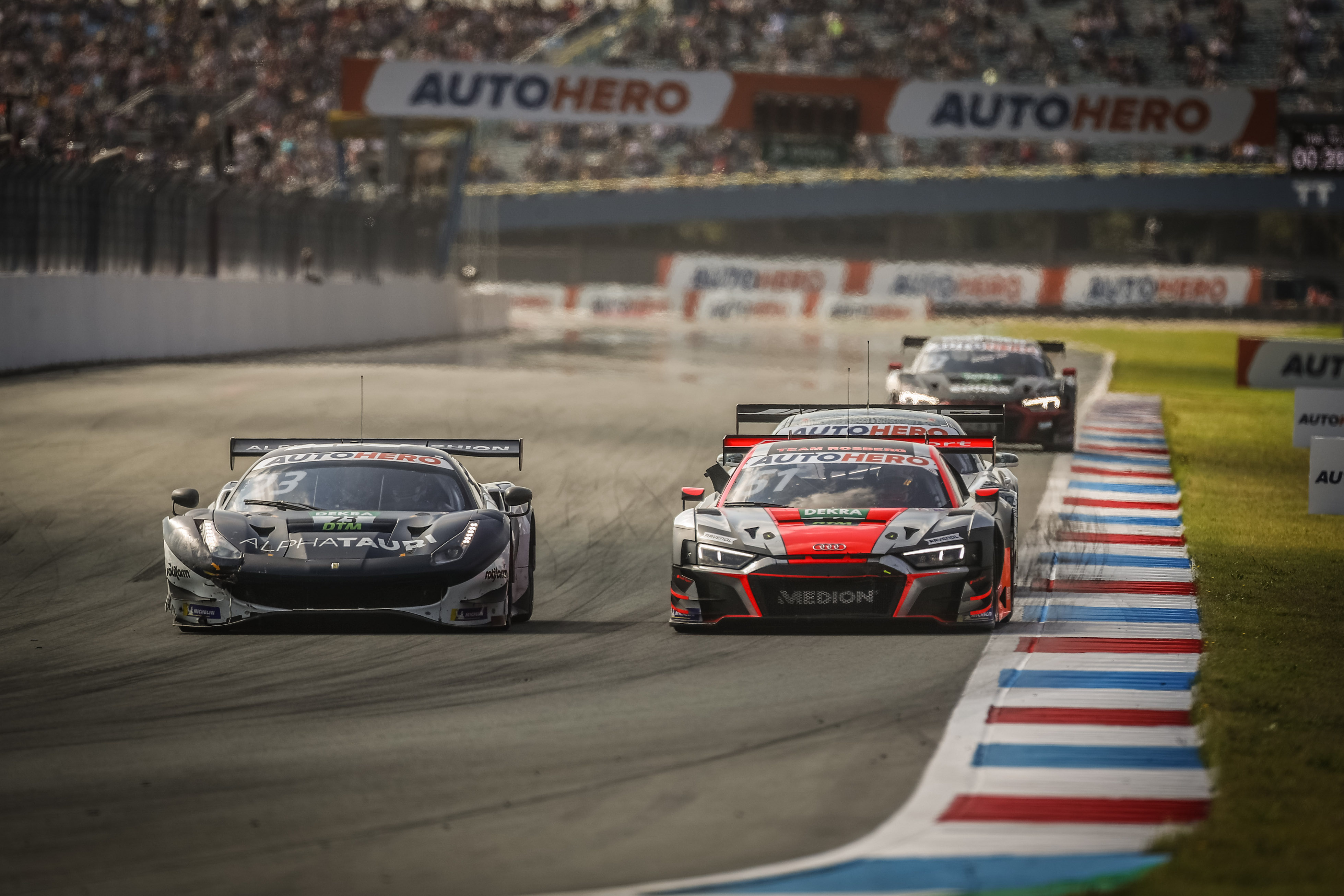 The eleventh race of the DTM season on the 4.555 kilometers long TT Circuit Assen in the Netherlands was not a good one for Team Rosberg. The Swiss driver Nico Müller was involved in a collision right at the start and suffered damage at the front brake cooling. He had to stop his race after 13 laps. The American Dev Gore slipped into the barrier during qualifying. His Audi R8 was damaged so severely, that there was not enough time to repair it until the start of the race.

Nico Müller: “Looking at the kind of unfortunate BoP classification of our Audi, qualifying was actually not that bad. In the race, everything got pretty packed throughout the start. A BMW drove into my rear and pushed me into Kelvin van der Linde, who was in front of me. As a result of the collision, the brake cooling system was damaged, causing the brakes to overheat. For safety reasons, I had to end the race early and will attack again tomorrow.”

Dev Gore: “Unfortunately I’ve had to watch the race from the pitlane, since my car was quite damaged in an accident in qualifying. On the positive side, qualifying went pretty well up to then, I believe I could have scored points in the race today. I feel extremely sorry about the accident for the entire team, but I’m going into tomorrow’s qualifying and race with confidence.”

Kimmo Liimatainen (Team Principal): “In qualifying, Nico’s fastest lap did not count due to him non respecting the track limits, which was a pity. In the race, he then had to start in the middle of the field and was simply unlucky to get involved in collisions. Later, he complained about problems with the front brakes. Since the driver’s safety always comes first, he had to stop his race early; which was a good decision, because the entire front brake cooling system in his car was broken. Dev made a mistake during qualifying and hit the barrier. His car was just too damaged to carry out the necessary repairs and checks before the race. That was a real shame because he could even have scored points today.”