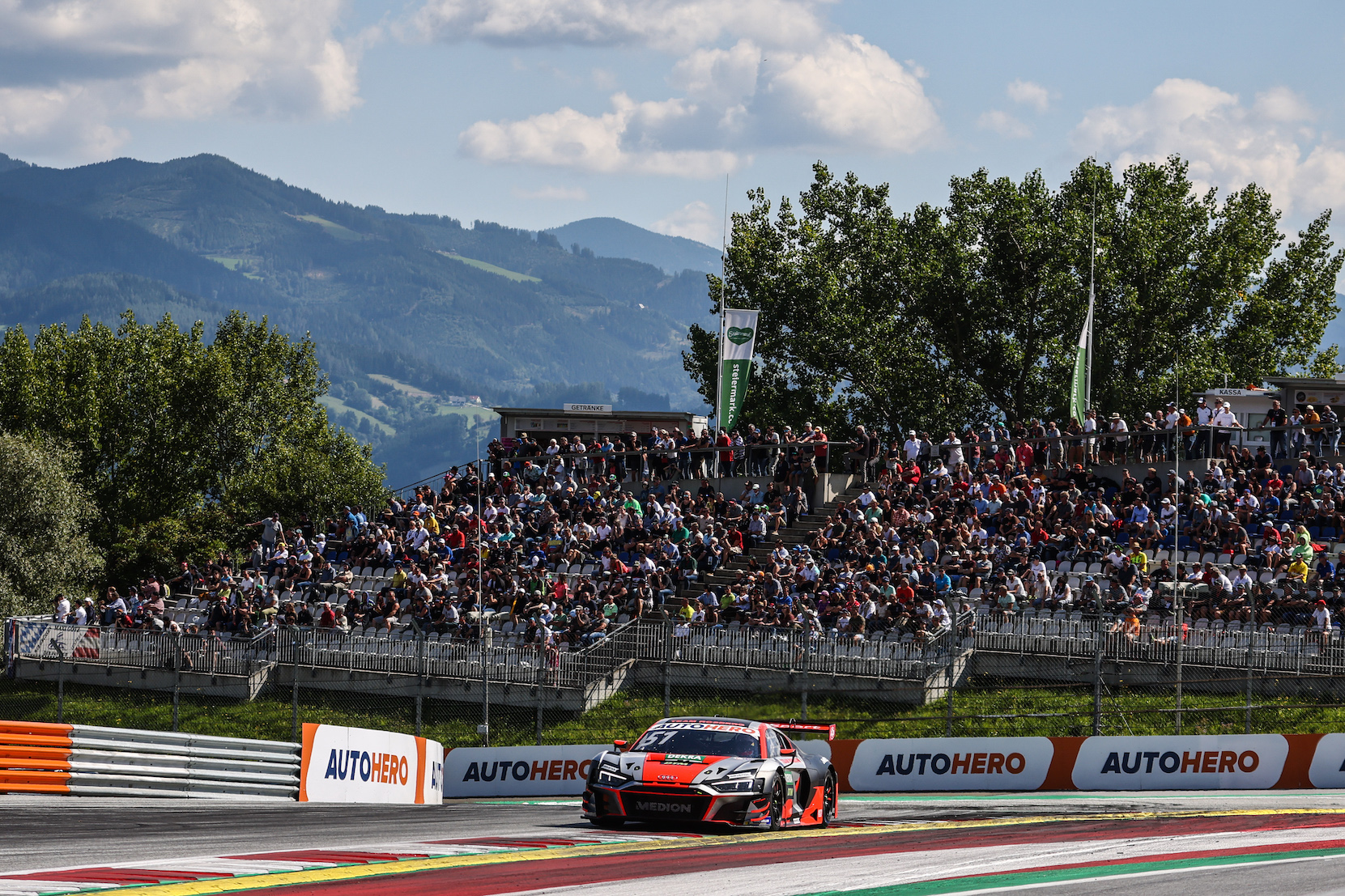 Nico Müller and Dev Gore missed out the Top Ten on the 4.318 kilometers long Red Bull Ring in the tenth DTM race of the season. Due to the fact that the Red Bull Ring does not suit the Audi R8 LMS GT3 and the Balance of Performance was not optimal from Audi’s point of view, the Team Rosberg duo could not score any points. Swiss driver Müller led the race for a long time, but a late obligatory pit stop threw him back to position 14. The American Gore retired after a technical problem.

Nico Müller: “I lost positions after Maxi Buhk and me tangled right at the start. We then tried to improve with a late pit stop, as we hoped the other drivers would fight more with each other during the race. Unfortunately, that was not the case. Along with the fact that the Audi is basically too slow at the Red Bull Ring, I could only finish 14th. However, it is very positive that the team made a good pit stop. I think as a team we didn’t do much wrong, we just didn’t really have a chance because of the car’s lack of pace.”

Dev Gore: “It was definitely not our weekend, the Audi is simply not built for the layout of the Red Bull Ring. Throughout today’s race, I had the feeling of having a problem with the engine because I was lacking power. I didn’t want to risk even bigger damage, that’s why I came into the pits.”

Kimmo Liimatainen (Team Principal): “Nico has done the best he could do, but that wasn’t enough today. Unfortunately, the strategy with the late pit stop didn’t bring any advantage either. Dev has decided to retire, as he noted a problem with his car. Overall, I would say that our pace was not great, neither yesterday, nor today. This is not because of the drivers or the team, but rather because this track is simply not suitable for the Audi and the Balance of Performance also did not play in our favor. Still, we have to look at what we can do better on such tracks in the future. I am confident that in two weeks in Assen we will be further ahead again since the track suits the Audi much better and we still have a few ideas in mind.”