No luck for Team Rosberg at the Red Bull Ring 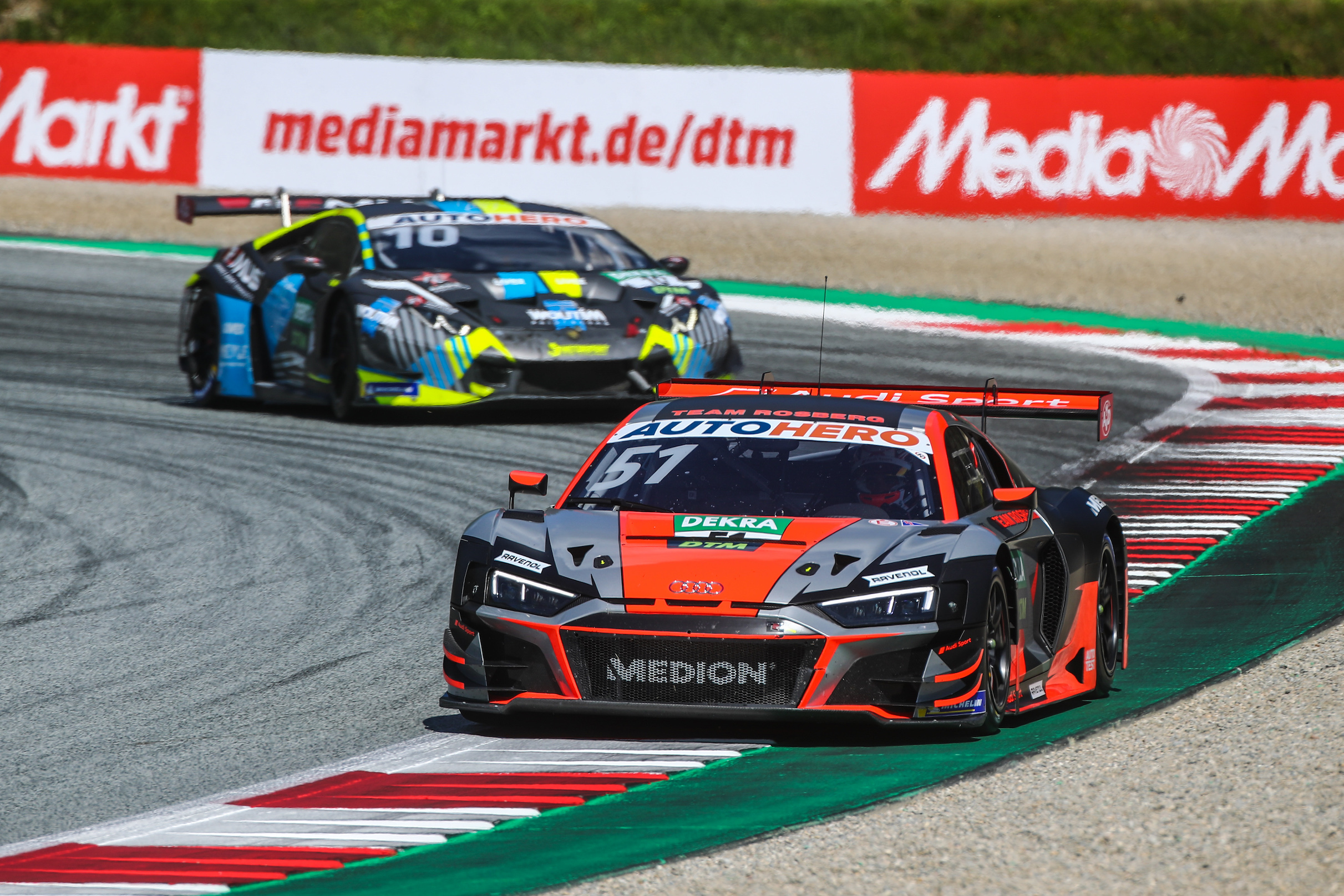 Team Rosberg had to retire both its cars during the ninth race of the DTM season at the 4.318 kilometers long Red Bull Ring. Dev Gore collided with an opponent during the opening lap, which caused vibrations on his vehicle. These finally forced the American to retire. For a few laps, Nico Müller was fighting for the lead with Esteban Muth, a duel during which the two opponents tangled. After the contact, the Swiss driver felt a change in the handling of his Audi and retired it shortly before seeing the finish line, due to safety reasons. Seven laps down, he was classified 18th in Austria’s only DTM appearance.

Nico Müller: “Due to a collision towards the end of the race, my car no longer felt all right. I retired it to be on the safe side, as we couldn’t solve the problem right on the spot.”

Dev Gore: “I already came into contact with an opponent in the second corner of the opening lap. After that, I noted some vibrations coming from my car. I hoped things might get better with new tyres, but unfortunately, that didn’t happen. That’s why I had to stop my race early.”

Kimmo Liimatainen (Team Principal): “Nico and Esteban Muth tangled while fighting for the lead, which caused problems on Nico’s car. Since we didn’t want to risk any major damage, or a consequential accident, Nico ended his race early. In Dev’s case it was very similar: he too had contact with a rival, which led to problems afterwards. He also retired the car for safety reasons. Tough luck with the race, okay – but either way, I’m not at all satisfied with the balance of performance this weekend. We were fighting with particularly blunt weapons here at the Red Bull Ring.”