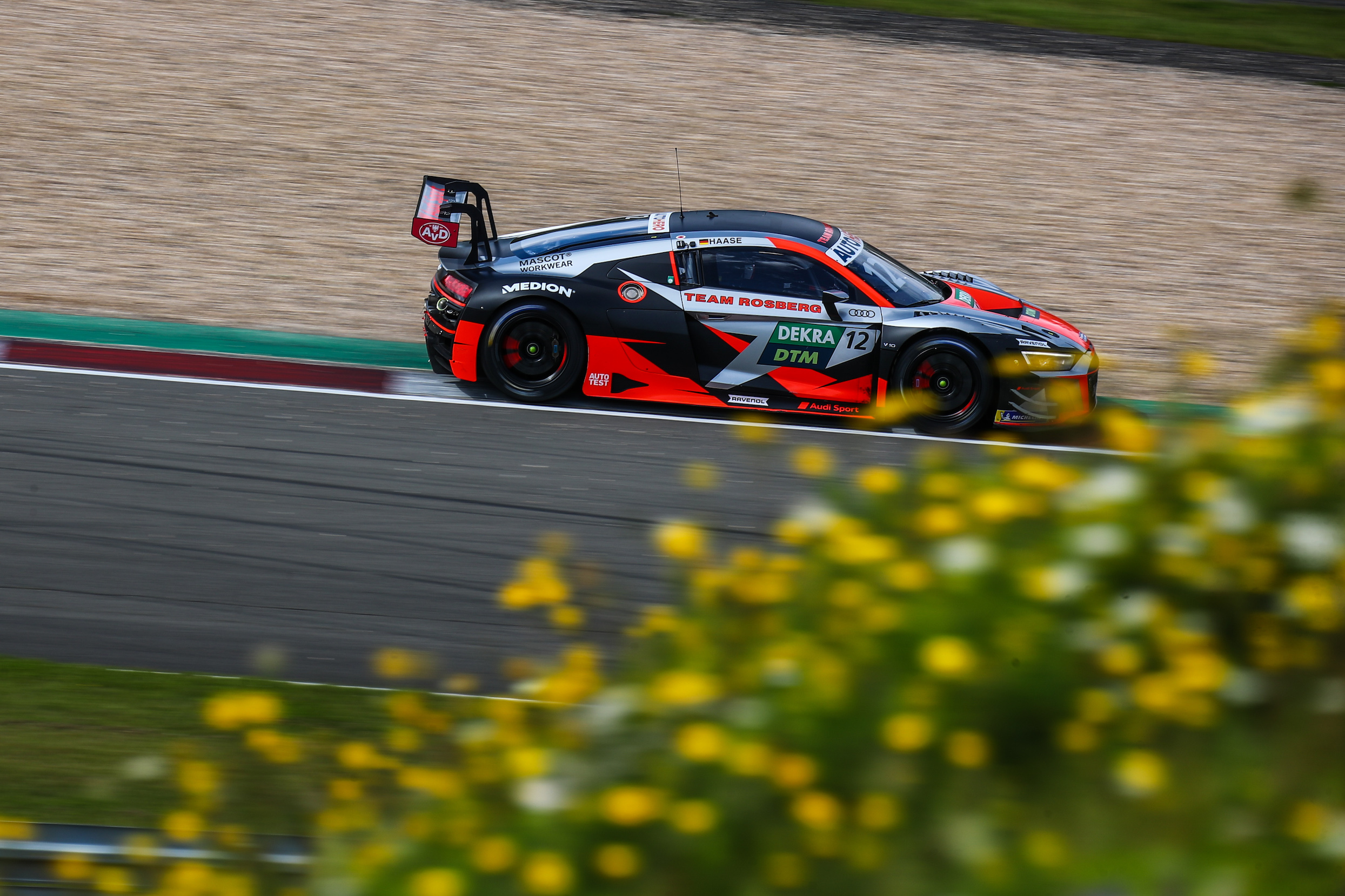 Team Rosberg was not lucky in the 8th race of the DTM season on the 3.629 kilometers long sprint circuit of the Nürburgring. Nico Müller and Christopher Haase had already made it into the Top Ten when the second safety car period thwarted both of their plans. The drivers who at this point had already completed their mandatory pit stop, were able to catch up with the rest of the field behind the safety car so that Müller and Haase fell behind this group after their respective pit stops. Nevertheless, Swiss Müller, best Audi in the field, scored two points with position nine, while German Haase was shining bright one place behind Müller with the fastest lap of the race.

Nico Müller: “The race was quite ok; the start, the re-starts and the pace were good. Unfortunately, we were unlucky with the timing of the second safety car, because we’ve made our pit stop after it. We finally did this stop shortly before the end of the race and didn’t put on new tyres. Right after the pit stop I also had contact with Timo Glock that damaged the rear of my car. Therefor I had to give away two more positions before the finish line.”

Christopher Haase: “I lost ground during the start. But I also have to say that the drivers sometimes acted extremely wild and undisciplined. Later, I was able to benefit from some mistakes of other drivers and had a good pace with the fastest lap. Generally, I am satisfied with my weekend because it is not easy to come into the DTM without a lot of preparation. Many thanks to Team Rosberg for their trust and support.”

Kimmo Liimatainen (Team Principal): “During the rainy qualifying we had hoped for more than P15 and P18 since we were performing better in previous rainy sessions. Nico has had a good start and re-starts, but unfortunately, the second safety car was just beneficial to those who had changed their tyres early. Regrettably, we weren’t one of them. After we understood that under normal circumstances we only would make it into the lower Top Ten, we gambled on some rain shortly before the end of the race. That’s why we pitted Nico very late. We called Christopher in earlier in order to be prepared for a potential additional safety car period – which didn’t come. But with his fastest lap of the race he showed what would have been possible.”