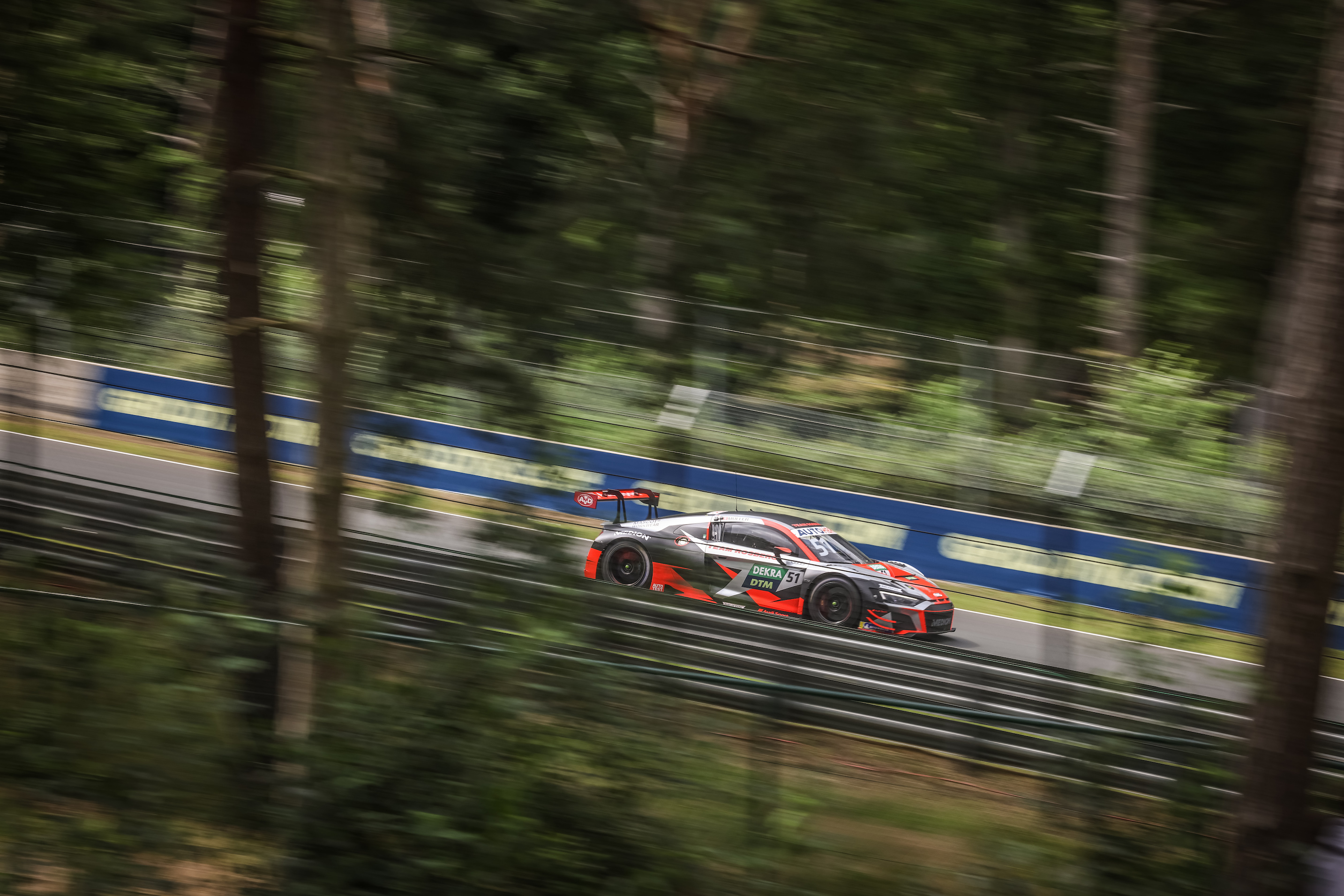 With a 4th place in the sixth round of this DTM season in Zolder, Belgium, Nico Müller and Team Rosberg have impressively came back to the top ranks of the DTM. The Swiss, who got off the 4.011 kilometers long track in the beginning of the race through no fault of his own, showed a strong performance and only missed out the podium by 0.729 seconds. Dev Gore completed his best DTM qualifying so far, but collided with Timo Glock during the race and saw the finish line in 17th place after a time penalty due to the accident.

Nico Müller: „I started 5th, which was a decent starting position. At the restart after a safety car period, I was unfairly pushed out by Mike Rockenfeller and lost many places. After that, thanks to a good pace and a strong pit stop by my team, I was able to approach the leaders again. If only the race had lasted a few laps longer, I might even have attacked 3rd place. Overall, we can be satisfied with the 4th position, but we have to go on working. Then we can soon fight for victories again because that’s what we’re here for.“

Dev Gore: „In qualifying I was hoping for a little more than 13th place, to be honest. In the race, after the restart I lost a few places. We then tried to gain positions again with an early pit stop, but unfortunately I came back on the track behind Christian Klien and Timo Glock. I was faster but just couldn’t overtake them. In the end, I went for a risky maneuver and collided with Timo. That our overall performance is better again was generally positive. Sadly, however, I was unable to turn it into good results.“

Kimmo Liimatainen (Team Principal): „This race confirms that we are in the process of getting our problems from the Lausitz weekend under control. We are not yet where we want to be, but we’re heading in the right direction. Nico had bad luck early in the race since he was pushed off the track at the restart. So he dropped out of the top ten after two corners. We then waited a long time with his obligatory pit stop and this strategy worked well. Nico also drove extremely well. This basically showed that Nico, the car, and the team can be at the forefront in the DTM. For Dev, in particular, qualifying was very positive, he has never been better than 13th in the DTM. During the race, he had some fights for positions, in which he still has to learn about how to stand his ground. However, overall I see his weekend as a positive one.”