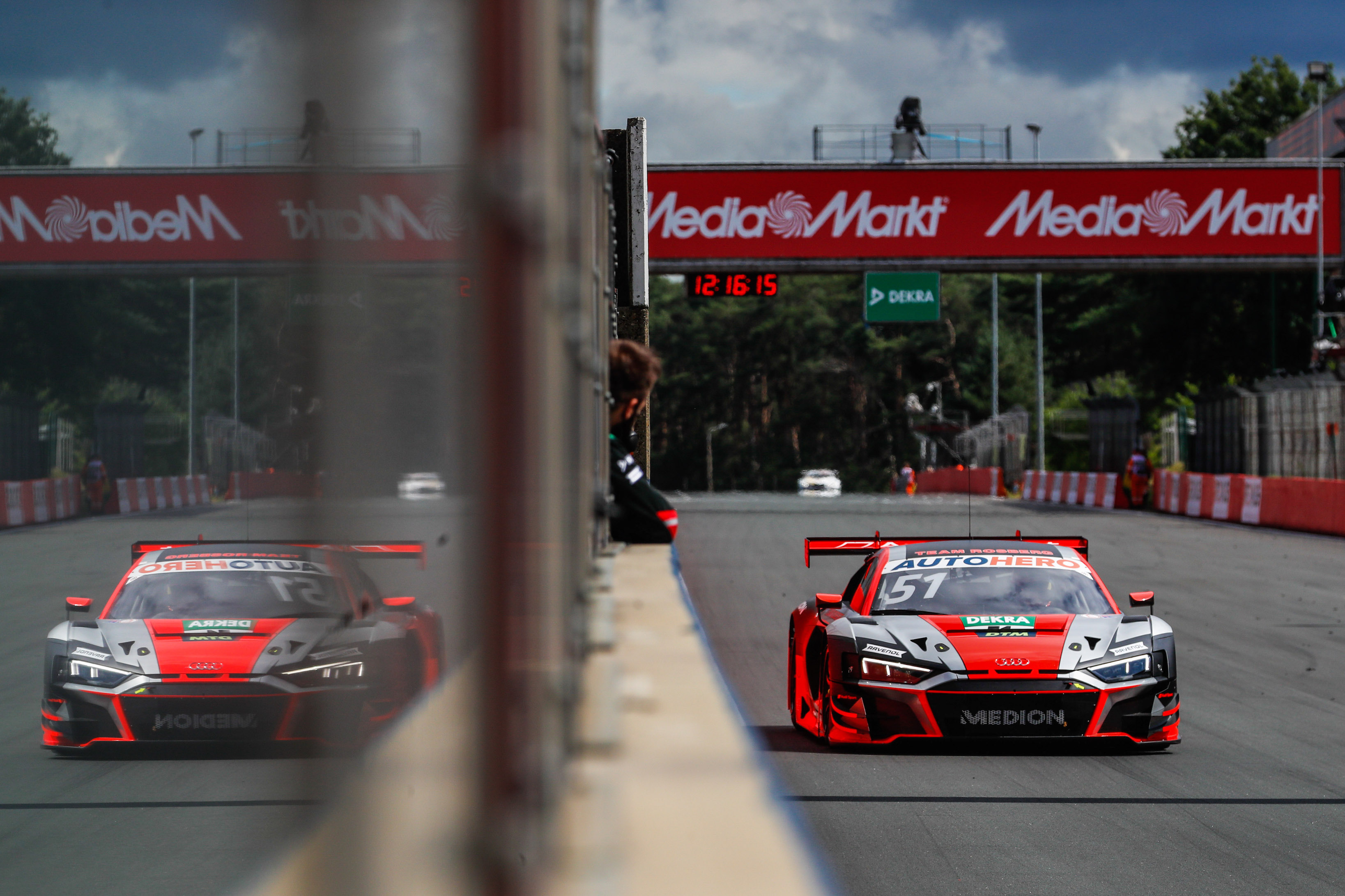 On the 4.011 kilometers long Circuit Zolder in the fifth race of the DTM season, Team Rosberg had not many reasons to be happy. Nico Müller started from 9th place on the grid, was involved in an accident in the early stages and fell back. After it the Swiss, who fought until the finish line, was able to work his way up to the points and finished 10th. Thanks to a late mandatory pit stop, the American Dev Gore led the field for a few laps but was eventually unable to make it into the Top Ten. The DTM rookie finished 14th.

Nico Müller: „It just wasn’t a great qualifying today. After we found back on the right way following the disappointing weekend in the Lausitz, it was to be expected that there would still be some fine-tuning to do. At the beginning of the race, I was kind of used as a Ping-Pong ball and my car was damaged quite badly. However, it still had a surprisingly good pace afterward. In the end, I was able to get at least one point finishing 10th, but of course we have other goals. We still have some work ahead of us.“

Dev Gore: „My strategy in this race as well as in qualifying this morning was certainly not perfect for today’s race, but I will have quite fresh tires for tomorrow. I hope this helps me to use it to my advantage. In general, we have shown that we are back on the right way after the issues at the Lausitzring.“

Kimmo Liimatainen (Team Principal): “Even if in the end the results are not what we had hoped for, the most important thing for me is that after the weak performance in the Lausitz we are much closer to the top. I think we’ve done our homework, but it’s not over yet. In qualifying today, Nico was not even 0.3 seconds slower than the leader, but because things are extremely tight in DTM, three tenths of a second put you in 9th place. During the first lap of the race his car was touched and he lost some positions. We then tried to get him further forward with an early pit stop, but unfortunately that strategy didn’t work as expected – and overtaking is very difficult in Zolder. Nonetheless, after passing Sheldon van der Linde, he proved that he as well as the car could drive the top times. Dev was also doing better compared to Lausitz. As a DTM newcomer, he is still learning but slowly approaching the Top Ten.”