Nico Müller fights for a point 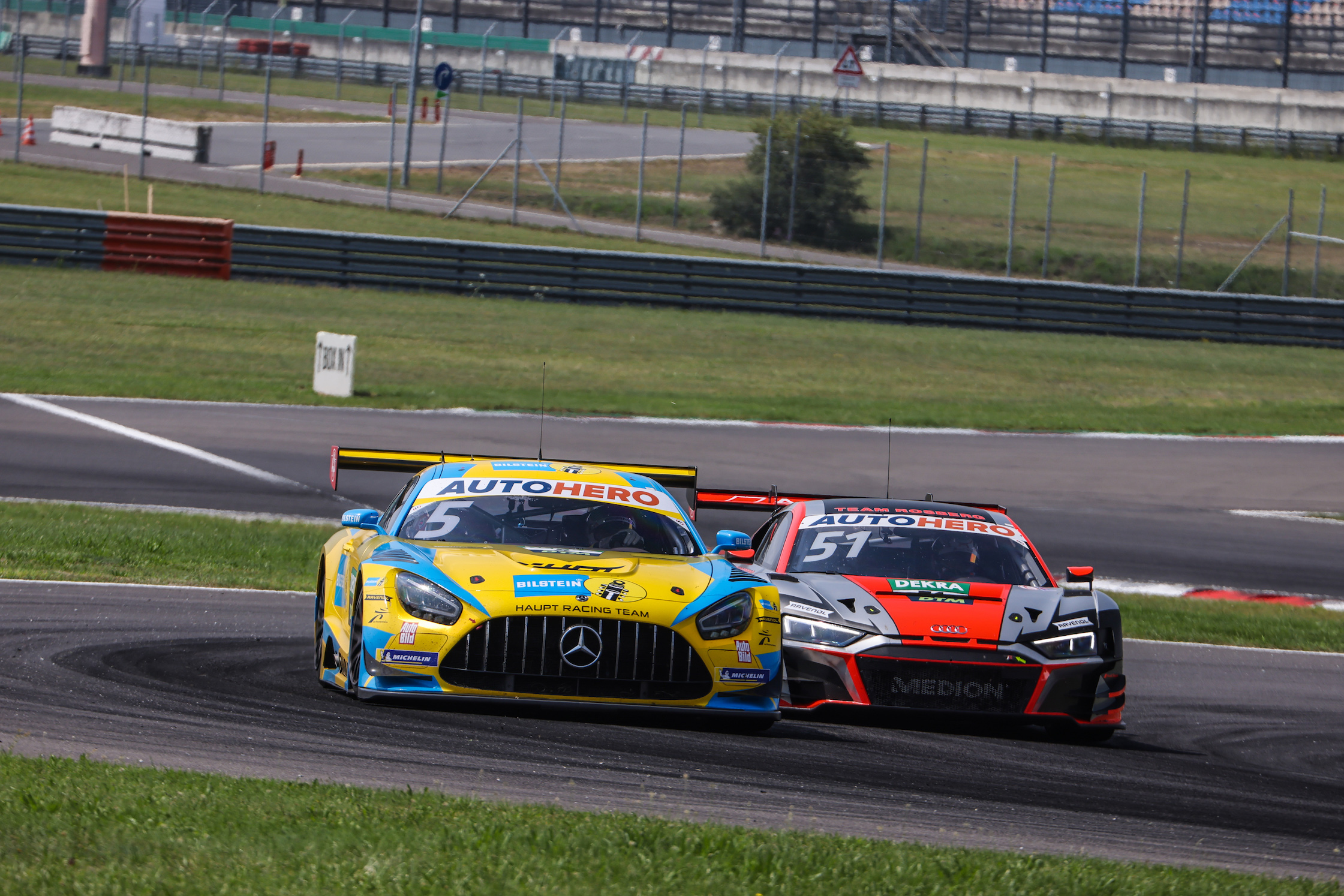 In the fourth round of the DTM season, Team Rosberg made a comeback in the points in warm summer temperatures at the 4.601 kilometers long Lausitzring. Nico Müller drove a committed and fierce race, starting from 15th place on the grid; the Swiss finished 10th and scored a point. American Dev Gore, who is taking part in his first DTM season in 2021, had to make do with position 17 at the Lausitzring, which was driven for the first time with the banked Turn 1. In the drivers’ standings after four of the season’s 16 races, Müller is now ranked 10th, only six points behind the Top Five.

Nico Müller: “Our pace wasn’t bad today, but looking back, we should have made the pit stop a little bit earlier. However, if you consider my starting position being 15th, finishing 10th is actually a pretty decent result. I had good fights, overtook a few rivals and at least got a point.”

Dev Gore: “After second qualifying, I still had the impression that things could go better today, but I didn’t have any chance during the race. In the first sector with the banked curve, the balance of the car was quite good, but unfortunately not so much in the other two sectors. Besides I also spun, simply because I wanted too much.”

Kimmo Liimatainen (Team Principal): “We didn’t have a great start into the weekend on Friday and we’ve been trying to catch up since then. That’s why we had to start from positions 15 and 17 in the second race. Nonetheless, Nico in particular then showed that we can definitely do better. He drove extremely well and fully deserved the point for 10th place. Dev struggled a little today but got closer to Nico, which is a positive fact. Now, we have to analyse why things didn’t go as usual, especially in qualifying and do better again at Zolder in two weeks. But it is important that we have already worked in the right direction today.”