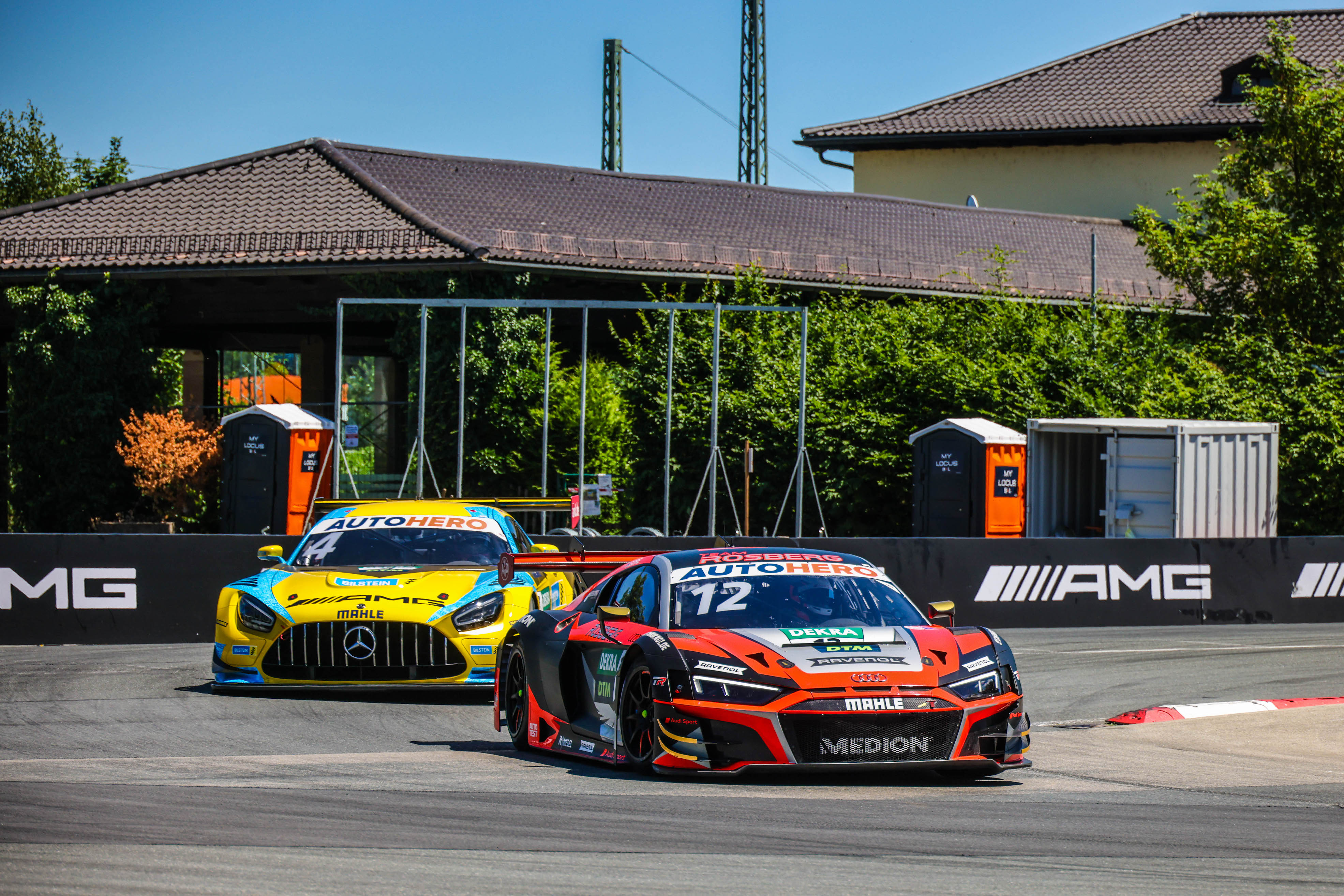 Posted at 19:51h in DTM, Uncategorized by Rosberg

The 2.3 kilometers long Norisring brought no luck to Nico Müller and Dev Gore, the two drivers from Team Rosberg. The Swiss Müller started from tenth on the grid in bright sunshine and was already on his way up, when he was involved in a collision with many cars at the first corner. This accident was caused by a collision between Franck Perera and Arjun Maini that happened right in front of Müller. The American Gore started the seventh round of DTM from 26th place, but he too was a victim of the accident in turn one. While Müller had to retire directly in the pits, Gore completed four more laps and two pit stops. But he then also had to realize that his Audi R8 LMS was too damaged to be able to finish the race on the Nuremberg street circuit.

Nico Müller: “The race at the Norisring had nothing to do with racing, it was more like driving a bumper car. I myself was one of many victims. After I had already moved up to sixth place right after the start, I was pushed into my opponent in front of me in the first corner, who was also in trouble. My car was so badly damaged afterwards that I couldn’t continue. I especially feel sorry for my mechanics, who now have a lot of work ahead of them and maybe even a longer night shift.”

Dev Gore: “My start was pretty good; I was able to gain a few positions on the first few meters. However, in the first corner, there were a lot of cars jammed and there was no room at all. I was hit from all sides. After that, my mechanics tried everything that I could continue. But my car was just too badly damaged, I had to give up.”

Kimmo Liimatainen (team principal): “Today’s race was pretty wild. Only eleven out of 27 cars reached the finish line, that already says a lot. Our two drivers Nico and Dev were involved in accidents through no fault of their own during the first lap. After a good start, Nico got stuck in the traffic in the first corner and Dev felt the same way a little further down. With Dev, we tried to get him back in the race, but in the end there was too much damage on the left rear of his Audi. I hope that we will have a bit more luck tomorrow.”