Dream start for Audi in the DTM: first to fifth place 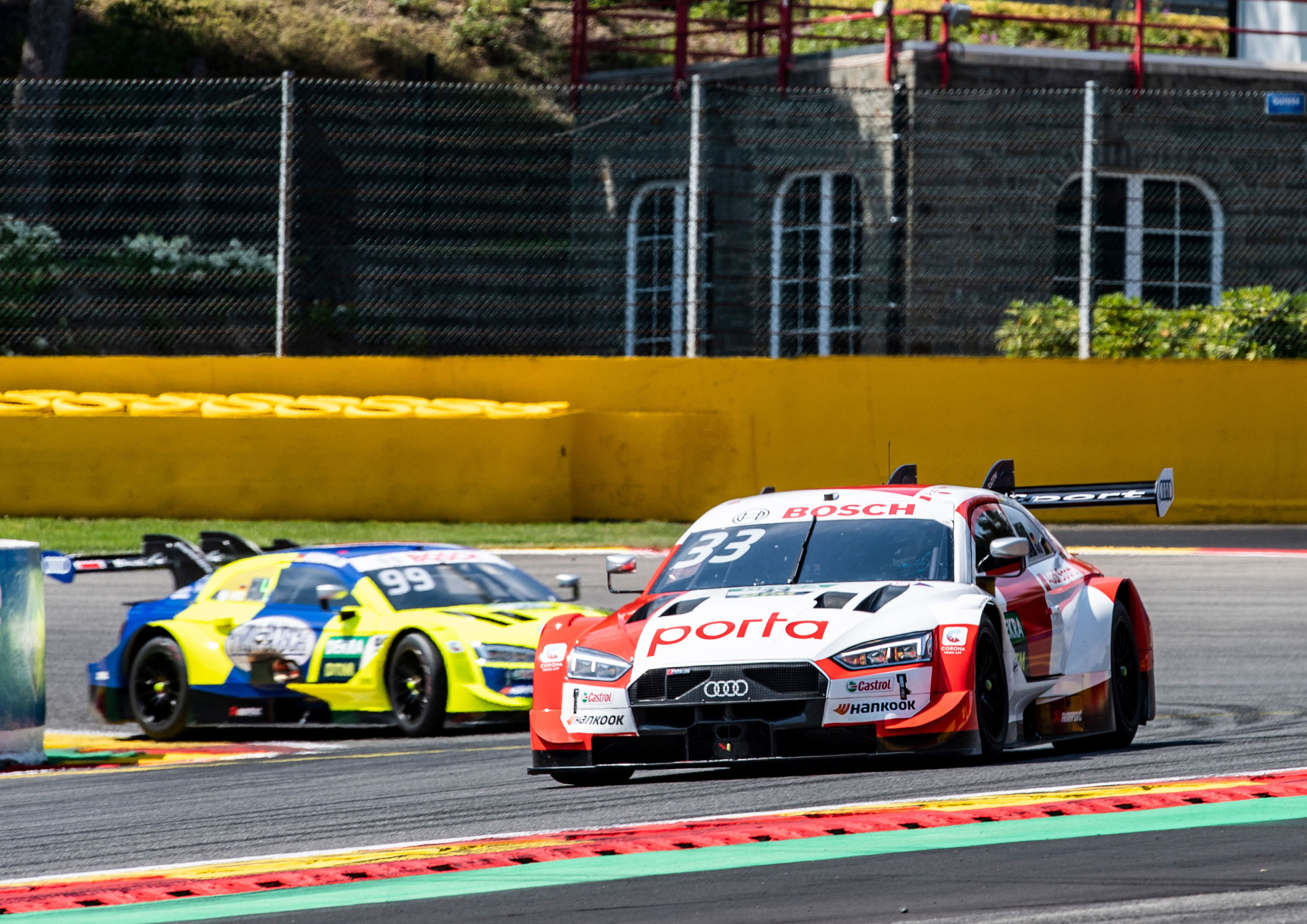 01 Aug Dream start for Audi in the DTM: first to fifth place

Posted at 09:07h in DTM by Jenny Falkner

With positions one to five in the first race at Spa-Francorchamps (Belgium), title defender Audi had a dream start into the new DTM season. Outstanding driver in Saturday’s 1-2-3-4-5 success was the Swiss Nico Müller from Audi Sport Team Abt Sportsline.

“This result is simply fantastic for Audi,” said Head of Audi Motorsport Dieter Gass. “After the tests before the season we didn’t expect this. Today was all about good tire management – and Nico Müller was simply in a class of his own.”

The Swiss started into the 2020 DTM on Saturday morning with a fastest time in the wet free practice session. In qualifying, he narrowly had to admit defeat only to his teammate Robin Frijns, who secured his first pole position in the DTM. In the race, Müller fended off an attack by René Rast in the famous Eau Rouge corner shortly after the start. On lap five he passed his teammate Robin Frijns on the long uphill straight and then gradually pulled away from the rest of the field. At the finish, Müller had a lead of almost 20 seconds – a small world in the DTM.

“Being able to climb onto this special podium with the Swiss flag on the Swiss National Day makes me very proud,” said Müller after his fifth victory in the DTM. “Spa is a magic racetrack. Driving on it with the Audi RS 5 DTM is a lot of fun. My thanks go to Audi Sport and my boys at ABT Sportsline. There was no practice here on Friday. The free practice session took place in the wet. We only knew where we stood in qualifying. Putting both cars on the front row and winning the race by such a margin is simply mega.”

With Jamie Green from Audi Sport Team Rosberg in second place and Loïc Duval from Audi Sport Team Phoenix in third place, drivers from all three Audi factory teams finished on the podium. Green fought his way forward from grid position eleven to second place with a late tire change and strong overtaking. Duval stopped on the same lap as Nico Müller and managed his tires as good as the winner in the longer second stint.

Duval’s teammate Mike Rockenfeller was running second five laps before the end of the race but dropped back to fourth with deteriorating tires. Robin Frijns fared even worse, relegated to ninth place after his initial lead due to heavy blistering on the rear tires. “After the start everything went well, but after five or six laps the tires suddenly started to deteriorate badly,” Frijns said. “We’ll have to find out what the issue is until tomorrow.”

René Rast also had to fight with unusually high tire wear. The reigning DTM Champion was second at times but had to come to the pits for a second tire change shortly before the end of the race. From tenth, Rast fought his way forward to fifth. “Nevertheless, the race was kind of a nightmare,” said the Champion. “I managed the tires at the beginning, but still they went down. I tried to manage the second set even more but the drop was even bigger.”

For the second race on Sunday (from 12.55 CEST live on SAT.1 in Germany), temperatures in Spa are predicted to be slightly lower than on Saturday.