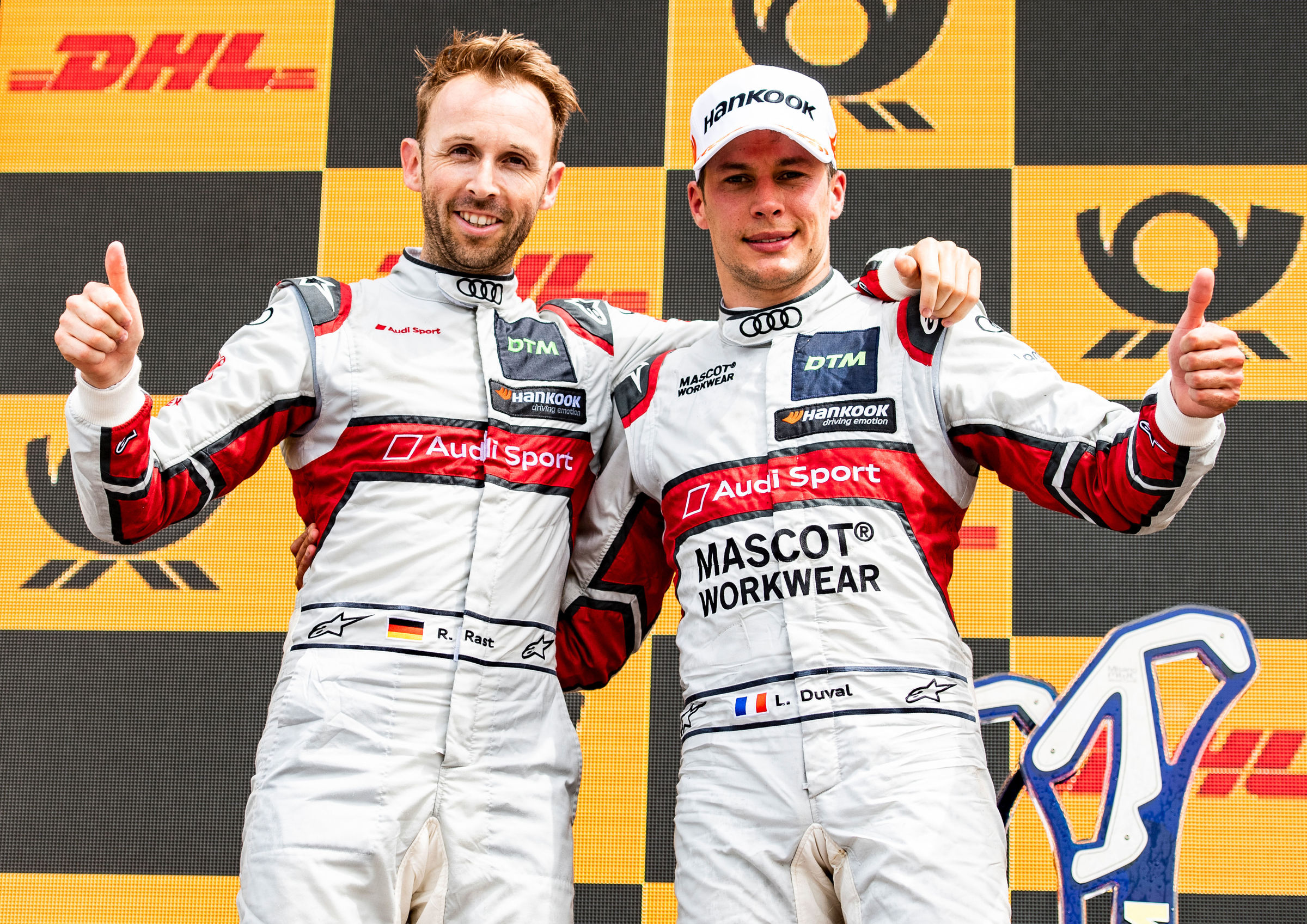 Posted at 18:23h in DTM by Jenny Falkner

However, a controversial safety car period subsequently prevented a possible one-two result of the four rings in Saturday’s race. When Joel Eriksson parked his BMW trackside after two laps, race control deployed the safety car, which particularly benefited Eriksson’s fellow BMW driver Marco Wittmann, who had entered the race from last spot on the grid and made his mandatory pit stop as early as after lap one. The safety car thus provided Wittmann with an unassailable advantage.

“Actually, a second place is positive and the points are good for the championship,” said René Rast, who with constantly fast lap times still closed the gap to Wittmann, off 8.238 seconds, and took the lead in the drivers’ standings. “I’m not happy, though, that the race was decided by the safety car. But that’s the way things are in the DTM and we have to be able to cope with that. Sometimes you’re lucky and sometimes you’re not. Generally, I’m very pleased with my car and my performance.”

“For me, it was still a good race here at Misano,“ said Loïc Duval after clinching the third spot. I feel that the podium is deserved, looking at our performances this weekend: we were consistently fast in free practice, in qualifying and in the race.”

With Duval, all six Audi factory drivers have now achieved a podium finish after just five races in the new turbo era. Audi has so far netted eleven of 15 possible podiums and extended its lead of the manufacturers’ classification ahead of BMW at Misano on Saturday. Nico Müller (position five), Mike Rockenfeller (position six) and Jonathan Aberdein (position eight) finished in the points as well.

Following a strong performance in qualifying, Robin Frijns, while lying in fourth, retired due to a defective sensor on his Audi RS 5 DTM. Pietro Fittipaldi, in eleventh, just barely missed scoring another DTM point.

Ducati factory rider Andrea Dovizioso delivered an impressive maiden race in the DTM. The local hero fought back from 15th on the grid to twelfth, hardly daunted by the DTM’s establishment. It even took subsequent winner Marco Wittmann several laps to get past Dovizioso. With duels fought in MotoGP style and a double overtaking maneuver on the last lap, the motorcycle racer thrilled the crowd, as well as Head of Audi Motorsport Dieter Gass.

“What Andrea is showing here is truly impressive,” said Gass. “It’s fun to watch him and I’m already very excited to see what else is still possible with him tomorrow. Overall, it was a very strong race for us. But of course it’s a little disappointing not to win when you clinch the top four spots in qualifying and are fast in the race too. I’m having some difficulties with the many safety cars that influence the race results. Even so, Marco Wittmann, who contested the whole race on a single set of tires, deserves respect.”

The second race at Misano will start on Sunday at 1.30 PM. SAT.1 will begin to air live coverage at 1 PM CEST.