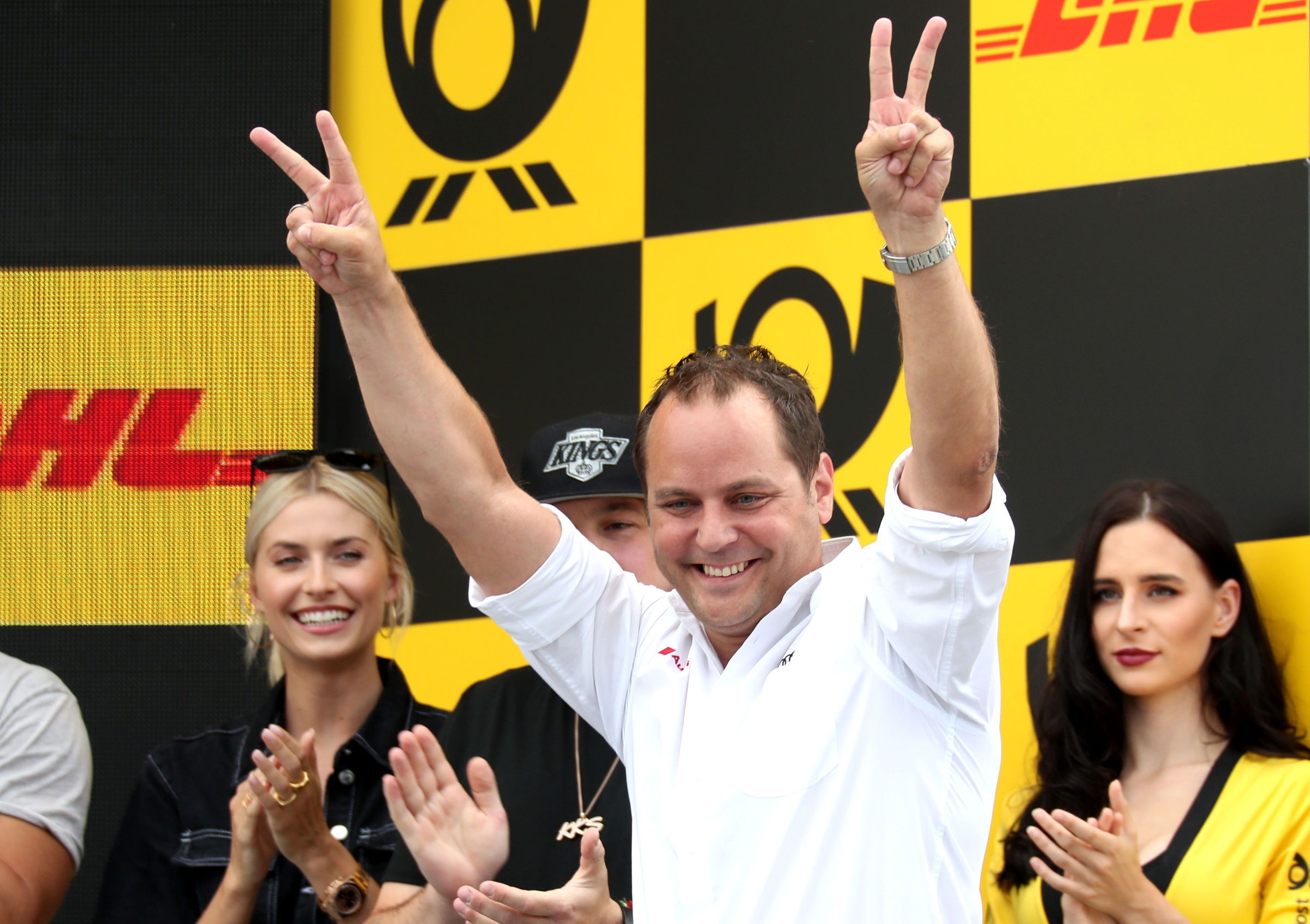 Posted at 15:35h in DTM by Jenny Falkner

At the annual awards ceremony of the Finnish motor sports association AKK Motorsport, Team Rosberg was honored for the championship title in the 2019 DTM team ranking and accepted the award on site.

AKK Motorsport, which is part of the Fédération Internationale de l’Automobile (FIA), recognizes Finland’s best drivers and racing teams at the start of each year. Team Rosberg, which was founded by Keke Rosberg and therefore also has Finnish roots, was among the 1200 invited guests. Kimmo Liimatainen, Sporting Director Team Rosberg and a Finnish countryman himself, traveled to Lahti (Finland) on January 11th to accept the award. While Valtteri Bottas among others was recognized as “Finnish Motorsport Racer of the Year”, Kimmo Liimatainen also received an award: Team Rosberg was honored for its sporting performance and the DTM team championship title. Liimatainen was pleased to accept the award in the team’s name.

The team appreciates this recognition and congratulates AKK Motorsport on a successful event.