Duval, Rast, Rockenfeller and Tréluyer: Audi drivers for the “dream race” at Fuji have been confirmed 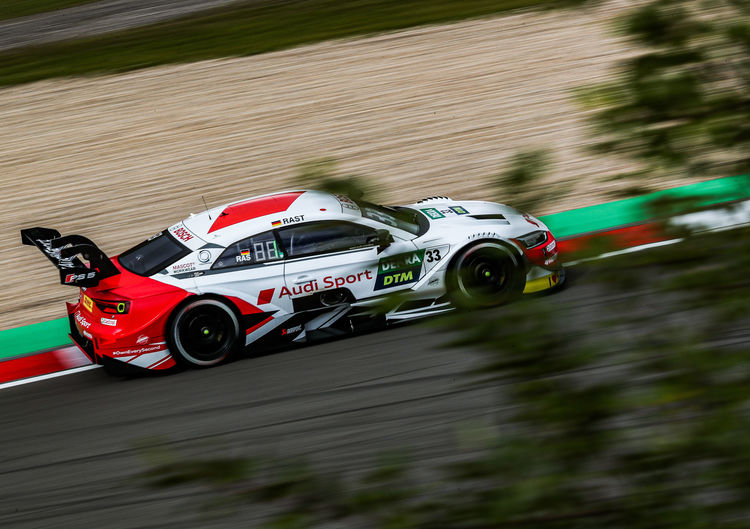 27 Sep Duval, Rast, Rockenfeller and Tréluyer: Audi drivers for the “dream race” at Fuji have been confirmed

Posted at 12:01h in DTM by Jenny Falkner

The Audi drivers for the joint “dream race” of the DTM and the Japanese Super GT Championship at Fuji (Japan) on November 23 and 24 have been confirmed: two DTM Champions and two Japan experts – René Rast, Mike Rockenfeller, Loïc Duval and Benoît Tréluyer – will be competing for the four rings at the foot of famous Mount Fuji.27

“Obviously, we’d have preferred taking all of our drivers with us to Japan,” says Head of Audi Motorsport Dieter Gass. “However, because of the concurrent Formula E season opener alone this wasn’t possible. I’m delighted that all three Audi Sport Teams will be on the grid at Fuji and that our customer team WRT also managed to carry out the commitment in Japan.”

Audi Sport Team Rosberg will be fielding an Audi RS 5 DTM for two-time DTM Champion René Rast. “I’ve never been to Japan and am excited to see what’s awaiting us – that’ll no doubt be a cool event,” says the German who has already tried out the circuit in the simulator. “The track at Fuji has a brutally long straight. Especially in the last section, it’s very technical. All of the cornering radii are very long. That’s going to be interesting, especially in terms of tire wear.”

Mike Rockenfeller, the 2013 DTM Champion, for the two races at Fuji will be returning to Audi Sport Team Abt Sportsline with which he celebrated his first victory in the DTM at Zandvoort in 2011. “I know many mechanics and engineers of the team really well,” says the German. “I’m generally looking forward to racing in Japan. I’ve never done that before in my career. I’ve heard a lot of good things about the country, the racing series and the fan culture there.”

Loïc Duval will be competing for Audi Sport Team Phoenix. The Frenchman spent seven years of his career in Japan, lived in Tokyo, won the Super GT title in 2010 and still has many fans in Japan. “I had a fantastic time there and am looking forward to racing in Japan again,” says Duval. “I’m excited about the chance of familiarizing ‘Rocky’ and the others a little with the culture and the racing there. It’ll also be great to meet my fans from the Super GT and the Super Formula again. I’m sure that many people will turn out to see the DTM cars and us drivers. I’m just hoping for the weather to be on our side – that’s a small risk factor at Fuji in November.”

Benoît Tréluyer, who with support by Audi Japan and Hitotsuyama Racing will compete for the customer team WRT Team Audi Sport, enjoys similar popularity in Japan as Duval. The Frenchman won the title in Formula Nippon in 2006 and two years later, the title in the Super GT Championship, too. “The race at Fuji makes a dream come true for me,” says the Le Mans winner and World Endurance Champion. “It combines two elements to which I owe the biggest successes in my career: Japan and Audi. Obviously, after three years with only a few races, it won’t be easy for me. But I’m going to give my best and hope that I won’t disappoint WRT, Audi and my Japanese fans.”

In the “dream race” in Japan, Audi with its Class 1 race cars will be pitted against the factory teams from BMW, Honda, Lexus and Nissan. For the competition of the best teams from Asia and Europe, two races featuring the DTM format are planned.