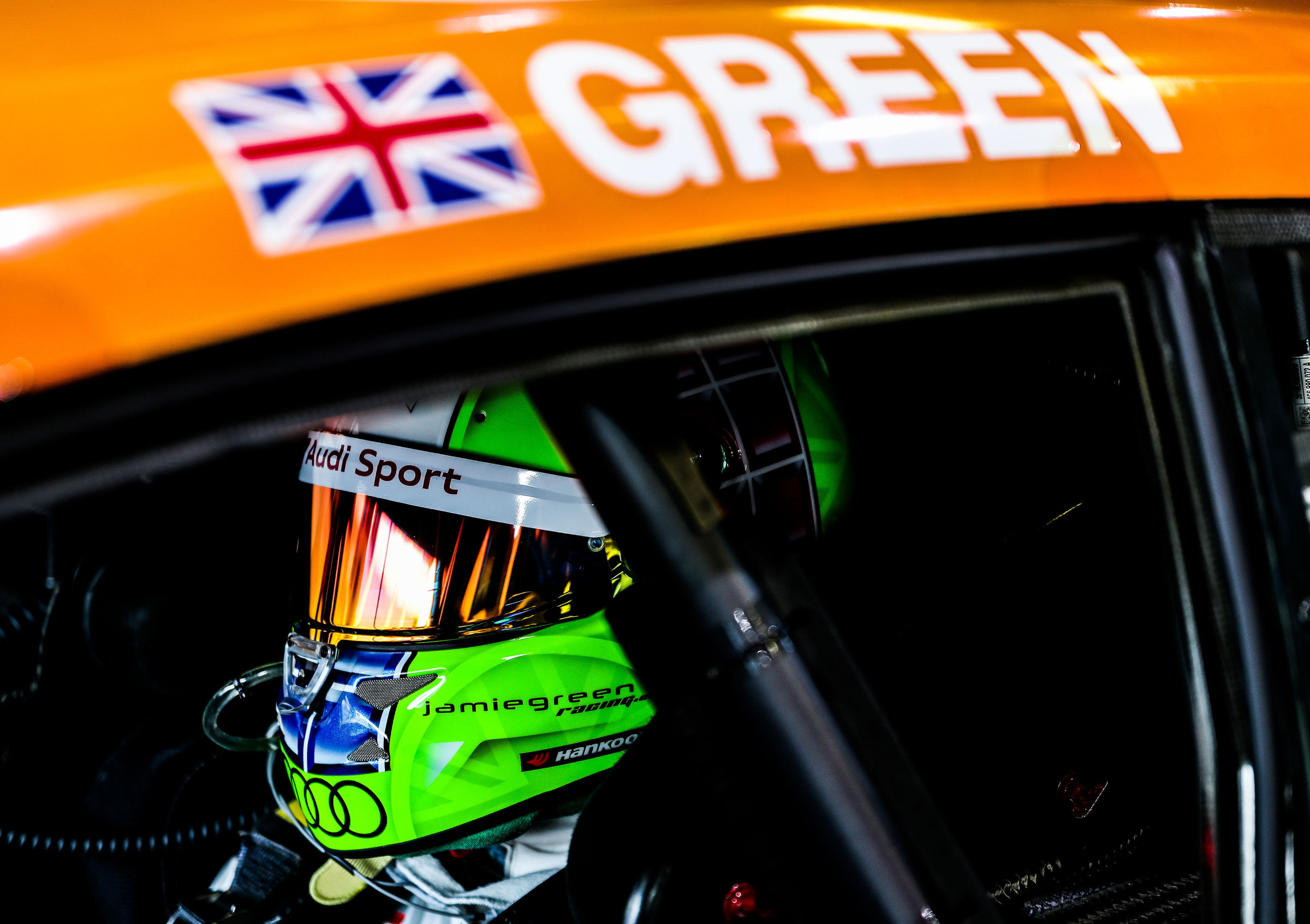 Posted at 15:51h in Uncategorized by Jenny Falkner

Following his difficult 2018 season, Jamie Green is battling for victories in the DTM again this year. The popular racing series has seen him on the top step of the podium on 16 occasions in total, but never in his home round at Brands Hatch. The Audi driver would like to change that this weekend (Saturday and Sunday live in Germany on TV channel SAT.1 starting at 2 PM CEST).

Are you looking forward to your home round at Brands Hatch?
Absolutely! It’s great to have a DTM race at home in England, although it’s not really a home round for me because I live in Leicester, about two and a half hours away from Brands Hatch. Donington would be more of a home round for me and a DTM race there would be great, too. But Brands Hatch is an outstanding race track. Especially the Grand Prix Circuit we’ve been racing on since last year is a real challenge. As a former venue of the Formula One Grand Prix the track has a great history. I’d like to win this race by all means!

Can you still remember the first time you were at Brands Hatch?
That was during my karting days. I was pursuing some drivers who had already been promoted to race cars. It was a race of the winter series of Formula Palmer Audi on the Indy Circuit. I remember that it was freezing cold and raining – plus, how steep Paddock Hill Bend looked from the outside.

Is the famous Paddock Hill Bend the best turn at Brands Hatch?
Obviously, Paddock Hill Bend stands out. It’s Turn 1. The spectators have a good view of this corner. It’s fast. At the entrance, it runs uphill and then steeply downhill at the exit. But there are many fantastic corners on the Grand Prix Circuit. The fast turns on the other side of the race track which aren’t quite as easy to access for spectators are a great challenge. Brands Hatch is a real high-speed race track.

What distinguishes Brands Hatch from other DTM race tracks?
Most tracks in the UK have a lot of character. They’re unique and pretty different than the modern European tracks we normally race on in the DTM. It’s nice to bring these modern cars to such a traditional track. Before my time, the British Formula One Grand Prix was held at Brands Hatch several times. There are some legendary scenes with James Hunt, Niki Lauda and, later, Nigel Mansell. It’s pretty cool and wicked that 40, 50 years later we’re driving exactly the same turns as those guys.

How difficult is overtaking at Brands Hatch? At the premiere last year, there were some spectacular scenes.
Last year, I was able to overtake. The tires are the crucial factor. If, for instance, you’re on a different strategy and have fresher tires than your rival you can definitely overtake at Brands Hatch. But it’s one of those tracks where overtaking is more difficult.

What memories do you have of Brands Hatch?
Unfortunately, I’ve never stood on the top step of the podium there, not even in Formula Renault or Formula 3. When the DTM visited Brands Hatch for the first time in 2006 I nearly won on the Indy Circuit, but lost victory due to a mistake, so my memories tend to be painful. I hope that we’ll be able to change that this weekend.

How do you like the new Class 1 race cars with their more than 610-hp turbo engines?
The cars are really good and the turbo engine is really fantastic. The compact four-cylinder turbo has noticeably more power than the old V8 and the cars are lighter. The new cars are a good example of how the technology continues to evolve. And it’s a lot of fun for us drivers. I enjoy that very much.

How happy are you with the way the season has gone so far?
Subjectively, the season hasn’t really begun for me yet, which of course also has to do with my appendicitis. Due to the surgery, I had to skip Misano as well as the 24-hour race at the Nürburgring. Except for that, it’s been a good season so far. I’ve stood on the podium twice. I have the feeling that my engineer and I learn more about the new car each weekend. It would be great if we managed to convert that into victory at Brands Hatch.

What are your plans for the second half of the season?
I’d like to continue to improve. We’ve had two podiums, a second and a third position. Victories are the next goal.

Between the DTM races at Assen and Brands Hatch you – just like your fellow DTM drivers Robin Frijns, Nico Müller and René Rast – competed in the 24-hour race at Spa. How was that?
The 24-hour race at Spa was great fun for me. It’s a mega event with 73 GT3 cars. Without the three drive-through penalties that were imposed on us we might have finished in the top five. For me, it was the first time that I was able to finish a 24-hour race. That was a new experience. Plus, it was my first race for Land Motorsport. That’s a very professional team and I hope that I’ll be able to race at Spa again next year.