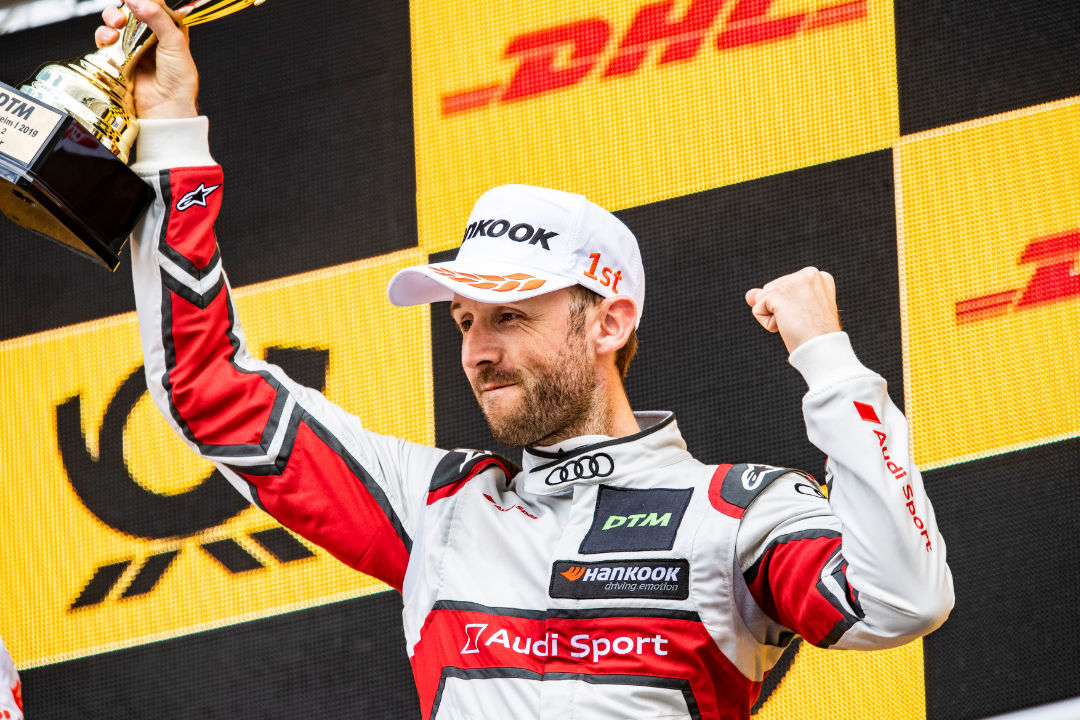 Posted at 13:56h in DTM by FullSpeedMedia

For Audi Sport Team Rosberg, it seemed to become a weekend to forget. But thanks to a bold strategy and a strong driving performance, René Rast clinched the first victory of the new Audi RS 5 DTM in the DTM opener at the Hockenheimring on Sunday.

This could have already worked out in the rain on Saturday. From fourth position on the grid, the 2017 DTM Champion fought his way forward to second in cold and wet conditions and went on to chase race leader Marco Wittmann in a BMW. The Audi driver seemed to have good chances of celebrating his seventh consecutive DTM victory when, six laps before the end, he coasted his Audi RS 5 DTM down with a driveline defect – a sensor had come loose and caused transmission failure.

Sunday morning saw another setback: In qualifying, fuel pressure was fluctuating, Rast found himself in position 16 and thus on the second from last row of the grid. However, a safety car deployment put the Audi driver back into the race. Audi Sport Team Rosberg called Rast into the pits for a tire change. Rast perfectly used the advantage of the fresh tires and within just seven laps fought back from 15th to first place.

“We had agreed on the strategy beforehand,” says Team Director Arno Zensen. “René got in line for the Indy restart at the last moment and then went on to drive an incredible race. Even on Saturday he was in a world of his own together with Marco Wittmann. It’s a shame that it didn’t work out there, otherwise he would have scored his seventh and eighth victory in a row across seasons.”

His teammate, Jamie Green, lost his chances of a podium on Saturday due to a clutch issue. “On Sunday, we were a lot stronger. I started from seventh on the grid and in spite of a drive-through penalty still came ninth in the race,” says Green, whose race on Sunday greatly pleased Arno Zensen as well: “Jamie is back in contention. Last season is history. We’ve got two irons in the fire, so I’m happy.”