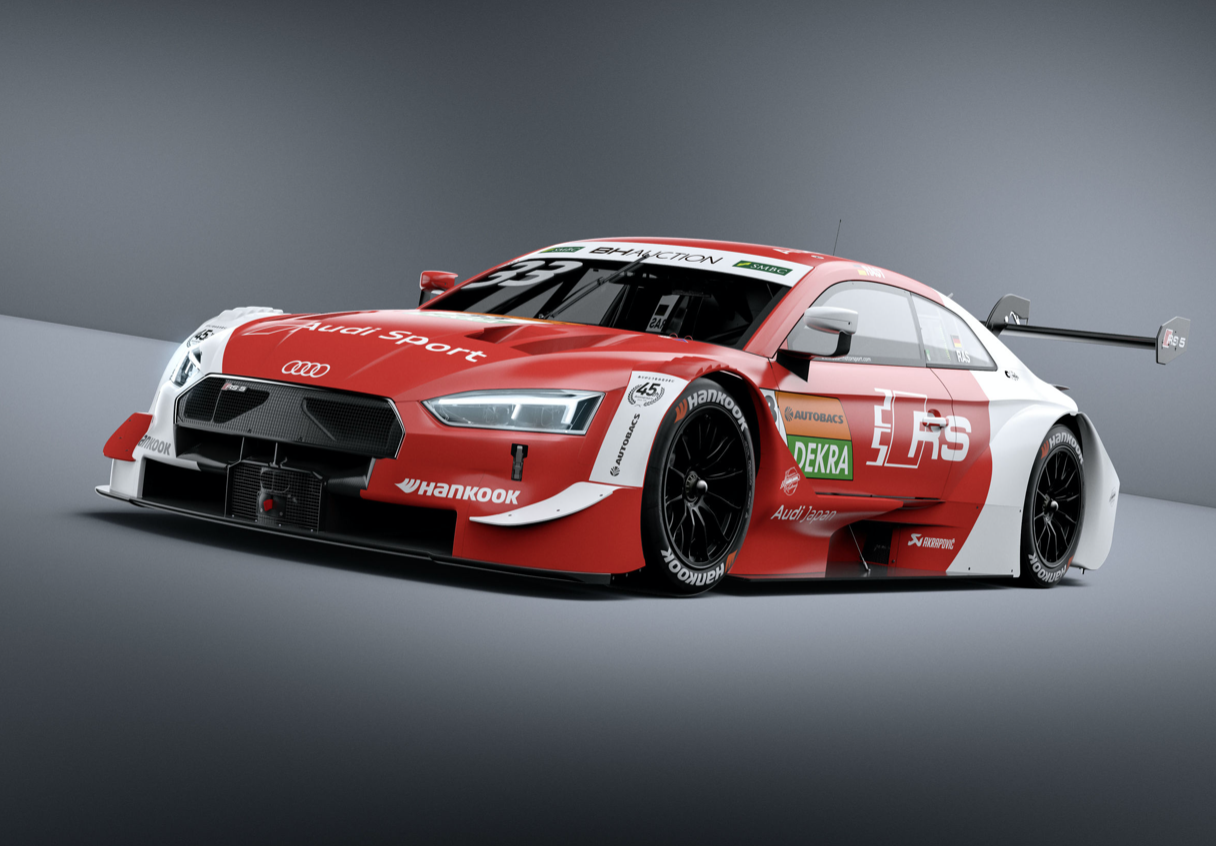 Posted at 07:29h in DTM by Jenny Falkner

At the conclusion of an extremely successful season for Audi, DTM fans can look forward to a unique treat for dessert: On Saturday and Sunday (November 23/24), the first two joint races of the DTM and the Japanese SUPER GT will be held at the foot of famous Mount Fuji. Five automobile manufacturers will be battling for victory at Fuji. Audi has deployed four RS 5 DTM cars to the “dream race” in Japan.

For several years, the officials of the DTM in Europe and the SUPER GT in Japan have been working on an adjustment of their technical regulations to enable joint races and a kind of “Champions League” of touring car racing. This endeavor has resulted in the spectacular Class 1 race cars with their more than 610-hp four-cylinder turbo engines that already began to be used in the DTM in the 2019 season. In the SUPER GT, the Class 1 regulations will come into effect next year.

In the “dream race” at Fuji this weekend, four Audi RS 5 DTM and three BMW M4 DTM will be pitted against the current SUPER GT race cars from Honda, Lexus and Nissan, which are still featuring some technical differences compared to the DTM cars at the moment. “Even so, I expect a balanced competition and can hardly wait to finally see the first joint races being held, after we’ve been working for so many years to make this happen,” says Head of Audi Motorsport Dieter Gass. “I’m happy that we managed to be there with one car per team. Fuji is always a very special venue – a riveting track with an extremely long straight and an intriguing section of turns. Finding the right setup there that puts us in contention is going to be a challenge. I expect a clear advantage of the Japanese cars on the long straight.”

The start-finish straight at Fuji is some 1.5 kilometers long, which makes the circuit a unique track on the international racing calendar that Audi is already familiar with from events with the Audi R18 in the FIA World Endurance Championship (WEC) and with the Audi R8 LMS. According to computer simulations, the Audi RS 5 DTM will reach a speed of up to 300 km/h at the end of the straight, depending on the rear wing setting.

The four Audi RS 5 DTM cars have partially received new liveries for the “dream race.” Fans will only immediately recognize Mike Rockenfeller’s car: The 2013 DTM Champion will be racing with Audi Sport Team Abt Sportsline in his familiar black Akrapovič Audi RS 5 DTM, like in the most recent DTM season.

René Rast’s Audi Sport RS 5 DTM will be sporting a look of the Japanese flag with a large red dot on the white bodywork for the Japanese round. The reigning DTM Champion will be racing in Audi Sport Team Rosberg with support by Audi Japan and drawing attention to the 25th anniversary of the particularly sporty RS models of the Audi brand.

Loïc Duval, in Audi Sport Team Phoenix, will be driving a red BMC Airfilter Audi RS 5 DTM. The company previously supported the wild card entry of MotoGP star Andrea Dovizioso at Misano at the beginning of the year.

Last but not least, Benoît Tréluyer, in Audi’s customer team WRT Team Audi Sport, will be competing in a white Audi Japan RS 5 DTM with support by Audi Japan, Hitotsuyama Racing and the Audi driving experience.

For the four Audi teams, the visit to Japan poses a logistical challenge. A large part of the equipment and spare parts were sent on their way to Asia by sea several weeks ago. The four Audi RS 5 DTM cars were flown to Japan from Frankfurt-Hahn on November 13 and arrived at the venue yesterday (Monday, November 18).

The four Audi drivers intensively prepared for the “dream race” in the simulator in Neuburg an der Donau. “Fuji has a brutally long straight,” says René Rast. “The track is also very technical in some sections, especially the last one. All of the cornering radii are very long. That will be very interesting for us – especially in terms of tire wear. I’ve never been to Japan and am excited to see what’s in store for us there. As the year is winding down, it will, no doubt, be another cool event to which we can travel without any pressure and see what the Japanese may be doing better than we.”

For Mike Rockenfeller, Fuji is new territory, too. “I’m happy to be racing in Japan. I’ve never done that before. I’ve heard a lot of good things about Japan, the racing series and the fan culture there. I’m very excited about it.”

Loïc Duval and Benoît Tréluyer know Fuji from the WEC and their days in the Japanese SUPER GT and current Super Formula. “I had a fantastic time there and am looking forward to racing in Japan again,” says Loïc Duval. “I’m sure that many people will turn out to watch the DTM cars and us drivers. I’m just hoping for the weather to cooperate – that’s a small risk factor at Fuji in November.”

“The event at Fuji makes a dream come true for me,” says Benoît Tréluyer. “It combines the two elements I owe the greatest successes to in my career: Japan and Audi. Obviously, after three years with only few races, it won’t be easy for me. But I’m going to give my best and hope that I won’t disappoint WRT, Audi and my Japanese fans.”

On Thursday, two 45-minute test sessions are scheduled at Fuji. Like in the normal DTM format, two free practice sessions will be held on Friday, followed by a qualifying session and a race on Saturday and Sunday, respectively. Both races will start around 2.30 PM local time (6.30 AM CET). In Germany, SAT.1 will begin airing live coverage from Fuji on Saturday and Sunday 6.25 AM.